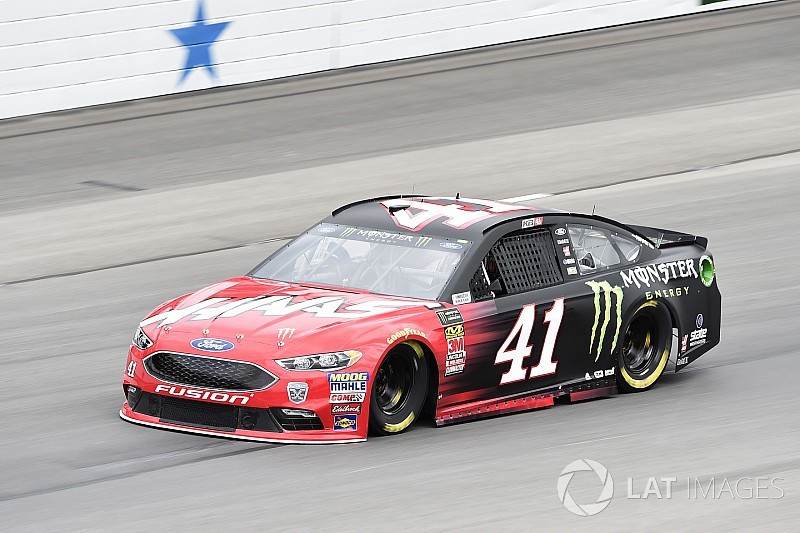 Busch won his second consecutive pole at the speedway when Friday’s qualifying session was cut short due to lightning in the area.

Busch’s average lap speed of 197.368 mph led the way in Round 1 and that ended up being all he needed as the second and third rounds were canceled.

The pole is Busch’s first of the season and 23rd of his Monster Energy NASCAR Cup Series career. It’s also his third at Texas and second consecutive.

Busch’s lap at 200.915 mph last fall at Texas set the record for the fastest qualifying lap in a stock car on a 1.5-mile track.

“It is a sensation that is hard to describe. When you have that grip level in the car, it gives you the feeling that you can just put it down to the floor and there won’t be any consequences.”

Kurt Busch led a Stewart-Haas Racing sweep of the top three positions in the first 15-minute round of knockout qualifying.

Blaney ended up fourth-fastest and Hamlin completed the top-five.

Among those who failed to advance to Round 2 included Ryan Newman, Ricky Stenhouse Jr., Kasey Kahne and rookie William Byron.

Byron had changed engines during Friday’s practice session but it didn’t appear to help his speed much as he ended up 33rd-fastest. Byron will have to start Sunday’s race from the rear of the field.

On the warm-up lap on his first qualifying attempt, Chris Buescher slapped the wall off Turn 2 and pulled off the track with damage to his No. 37 Chevrolet.

NASCAR approved Buscher’s team to change two of his tires because of damage from the incident. He eventually was able to complete a qualifying attempt and ended up 18th-fastest in the first round.

Shortly after the conclusion of the first round, NASCAR put qualifying on hold was there were reports of lightning in the area of the speedway.

Kevin Harvick: "We have the most stable team in the garage"