Matt Kenseth plans to step away from NASCAR in 2018 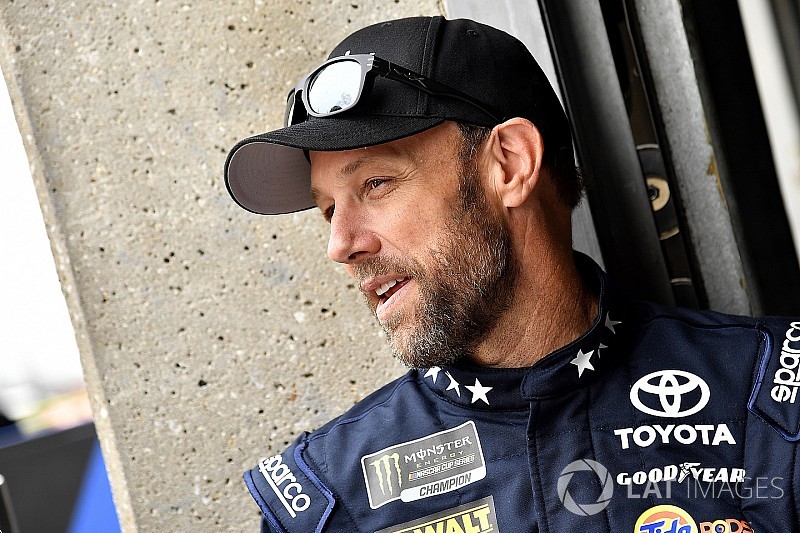 Matt Kenseth made official Saturday what’s been unofficially known for months – he has no ride in the Monster Energy NASCAR Cup Series for next season.

Kenseth confirmed following Saturday’s final practice session at Texas Motor Speedway that he has no ride for next season and will likely step away from NASCAR competition after the conclusion of the 2017 season.

“I’m not committing to anything for 2018. I’m just going to – I don’t know, I mean the retirement word doesn’t really make a lot of sense in this sport really because there’s, it’s not like the NFL where you get a pension if you officially retire or you do any of that stuff,” the 2003 series champion said.

“Mostly it’s for people like (Dale Earnhardt Jr.) that got to fill the seat and have a sponsor and all that stuff. For me, it’s just different because I didn’t really have that option, my seat got filled before, before any of that, so there’s really no reason to talk about it.”

In July, Joe Gibbs Racing announced that Erik Jones would be driving its No. 20 Toyota Cup car next season, replacing current driver Kenseth.

At the time, Kenseth, 45, said he didn’t have solid prospects for the 2018 season and in the past three months, none have materialized.

“I’ll just take some time off, whatever that means. I don’t know if that’s a year, two years, three months, four months, I mean you never know what happens. Maybe something comes along that really makes you excited and it feels like it’s going to be a fit, you might go do,” he said.

“Certainly not going to rule that out, but for now, I’m not making any plans for 2018. I just plan on having some time off.”

Where the Playoff drivers stack-up heading into Texas