Matt Kenseth may not claim pole starting spots very often, but he’ll start his No. 17 Roush Fenway Racing Ford from the pole on Sunday in the GEICO 400 NASCAR Sprint Cup Series race at Chicagoland Speedway after turning a 29.469-second lap during qualifying Saturday afternoon.

For me to qualify this good, you know the car is pretty fast.

“For me to qualify this good, you know the car is pretty fast,” Kenseth said.

This is Kenseth’s sixth career pole in 427 starts.

Paul Menard will start second in the No. 27 Richard Childress Racing Chevrolet after posting a qualifying time of 29.488 seconds. Kurt Busch will start third in his No. 22 Penske Racing Dodge after a qualifying lap at 29.503 seconds.

Most qualifying runs were delayed after the first car on the track in qualifying -- the No. 7 Robby Gordon Motorsports Dodge, driven by Robby Gordon -- put some oil down on the racetrack, and the track cleanup crew took several minutes to clean it up.

Once qualifying got underway, 46 additional cars made runs in an attempt to claim the 43 spots up for grabs on the starting grid.

A few of the 12 Chase for the Sprint Cup competitors were among the early-goers. Denny Hamlin, in the No. 11 Joe Gibbs Racing Toyota, and Jimmie Johnson, in the No. 48 Hendrick Motorsports Chevrolet, were among those who went out early.

“I’m looking forward to the advantage of going early,” Johnson said before making his qualifying attempt.

Hamlin was able to claim the provisional pole for a short time after turning a lap at 29.879 seconds, but his time at the top was short-lived. Johnson claimed the second starting spot for a time after his 29.667-second qualifying lap, but both drivers wound up getting shuffled back several positions by the end of qualifying. Johnson will start Sunday’s race in the 12th position, and Hamlin will start back in 27th spot. 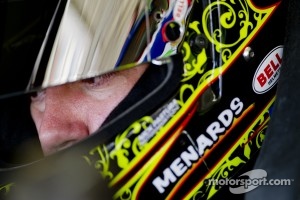 While going out early, at least as far as Johnson and Hamlin were concerned, ended up not being an advantage, going out late didn’t seem to help, either. Kenseth was near the middle of the qualifying order and was able to keep the provisional pole spot throughout the second half of the session until qualifying was over and his pole was made official.

“I thought it was a great lap,” Kenseth said. He just didn’t seem optimistic throughout the remainder of qualifying that his lap time would hold up.

Ryan Newman posted a lap time of 29.507 seconds in the No. 39 Stewart-Haas Racing Chevrolet for the fourth spot on the starting grid. Carl Edwards gave Roush Fenway Racing a second spot in the top-five starting order, qualifying the No. 99 RFR Ford into the fifth spot with a time of 29.522 seconds.

Go-or-go-homers had to wait almost until the end of the qualifying session to learn their fates, as two cars that had to get in on speed -- the No. 30 Inception Motorsports Chevrolet, driven by David Stremme, and the Trevor Bayne-piloted No. 21 Wood Brothers Racing Ford -- went out late in qualifying as a result of posting fast times in the first practice session on Friday. Both Stremme and Bayne were fast enough to make the race. The four drivers who didn’t qualify were Travis Kvapil, David Starr, Stephen Leicht and Mike Skinner. 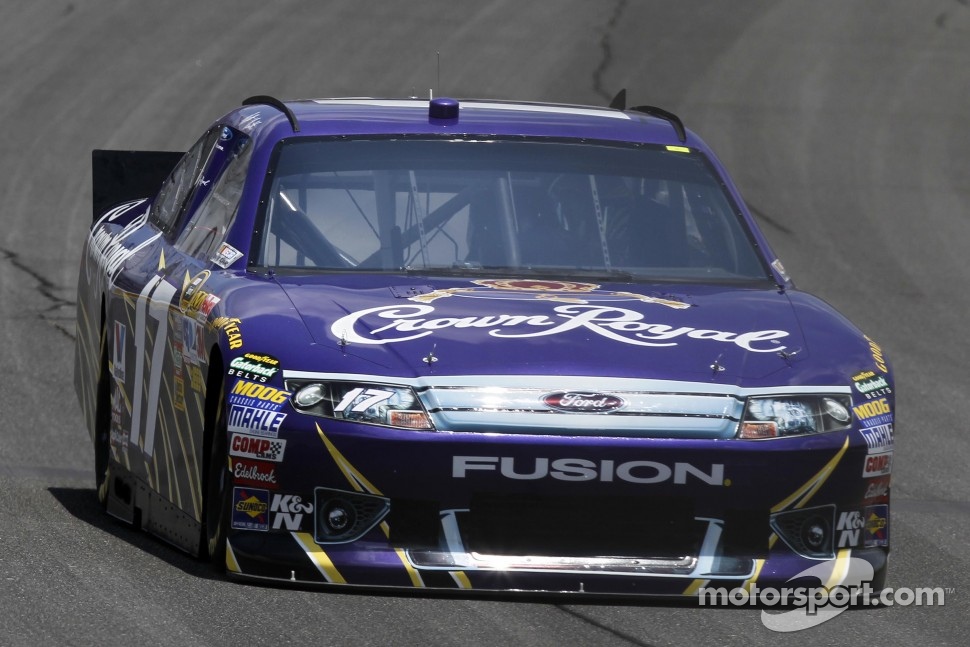