Joey Logano on Cup title: "I think we're the favorite to win now" 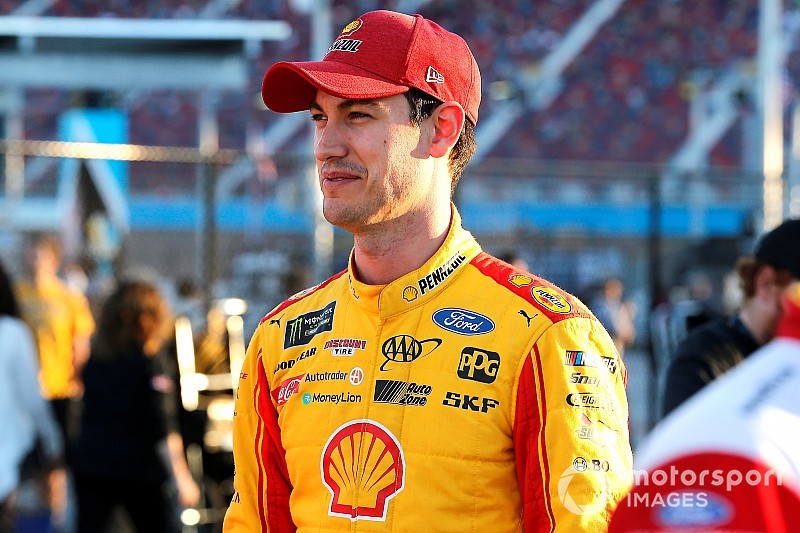 It may be unexpected Joey Logano is the only driver locked in the NASCAR Cup Series final four at Homestead but that shouldn’t automatically make him an underdog.

In fact, by performance in the eight races so far in the playoffs, there is a very strong argument that could be made that Logano could be a favorite.

That may seem unthinkable when you consider the wins racked up by the “Big 3” of Kevin Harvick, Kyle Busch and Martin Truex Jr. during the course of the year.

But in the playoffs, Logano and his No. 22 Team Penske team have shined above all others.

“It’s funny, I was talking with Todd (Gordon, crew chief) on the way out here and I told him I said, ‘When the playoffs started I kind of felt like we were an underdog of making it and honestly the last six or seven weeks we’ve led a lot more laps, we’ve won a lot of stages, won a race, was fast at Kansas, was fast at Texas, you know what, I think we’re the favorite now to win now,’ ” Logano said.

“I think it’s so crazy to think that it can change that quick, but we are the one team that has been able to say we’re locked in the last couple of weeks. I can promise you, I haven’t watched Phoenix tape when I flew out here. I was focused on one race.”

Asked about Logano’s comments on Friday at Phoenix, some of his fellow playoff contenders didn’t seem swayed.

Elliott’s response was, “I don’t really care what he thinks.”

And Truex added, “Good for him. I don’t think that’s the case.”

However, Logano has scored more points in the eight playoff races (342) than any other driver, including a victory at Martinsville, Va., which locked him into the Championship 4.

In fact, Logano has scored 41 more points than his nearest rival (Truex following Harvick’s penalty) and has not finished lower than 14th in any playoff race.

Logano got another boost of sorts this week when Harvick’s No. 4 Ford – which he used to win last Sunday’s race at Texas Motor Speedway – failed post-race inspection at NASCAR’s R&D Center in Concord, N.C.

The penalty prevents Harvick from using the win to lock himself into the championship finale and reduced his overwhelming points advantage.

Still, Logano believes winning his first championship next weekend will likely have to come after going toe-to-toe with Harvick.

“I think Kevin is the type of driver that rises to the occasion.”