Truex Jr. thrilled to carry on the legacy of The Champion's Journal 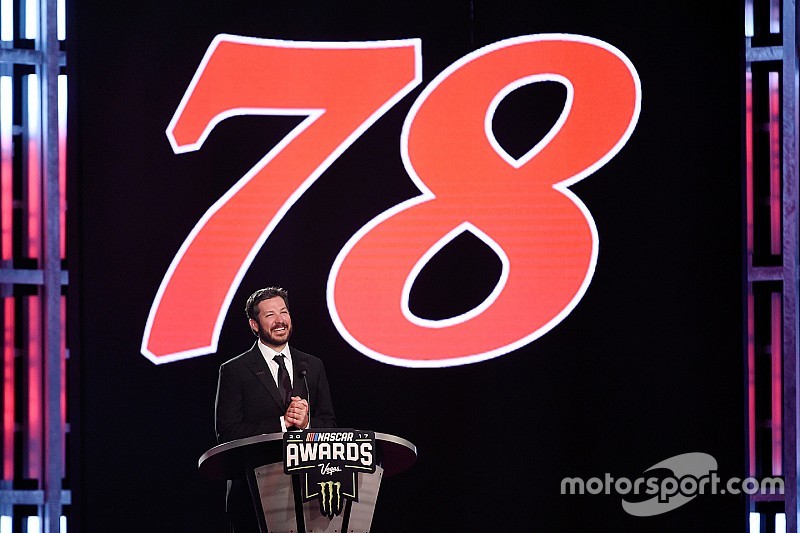 After Jimmie Johnson won his fifth NASCAR title in 2010, he searched for a meaningful way to record his legacy and those of the champions who would follow him.

And so in 2011, at the end of Johnson’s reign he delivered a letter within the bound book reflecting on his achievements to newly crowned champion Tony Stewart.

Six years and two titles later, Johnson once again had the distinction of passing on the journal, this time to Martin Truex Jr., the 32nd different driver to earn the title.

“It’s a huge honor, it’s just a huge honor for me,” Truex told Motorsport.com. “It’s really neat. Jimmie is such a good guy, a great champion and a great person in general. To get it from him and to hear the story about it and the fact that he came up with the idea by asking Mike Helton, ‘Like, hey, what could we do?’

“He’s so passionate about the sport and the history of it, to be able to do that was amazing. Just to hear the story was a huge honor for me, honestly.”

On Wednesday of Champion’s Week, as the activities were ramping up, Johnson requested a moment with Truex. At first, Truex didn’t understand the urgency. When they finally met in Truex’s suite at the Wynn Las Vegas, the gravity of the gift—commemorating the experiences of Johnson, Stewart, Brad Keselowski, Kevin Harvick and Kyle Busch—sank in.

“He was really persistent about it, but once he came and gave it to me, it was like unbelievable. It’s a huge honor for me. I can’t wait to write my own story in there. And for me, the fact that I read the stories from him, Smoke, Brad, and Kyle, to know that I’m part of that fraternity or that club, it’s still kind of crazy to me. I’m very honored and hopefully, I’ll write something good to someone next year.”

While every driver has challenges along their path to the championship, four years ago, Truex didn’t know whether he would ever race again. His sponsor, NAPA, left Michael Waltrip Racing in 2013 after the organization attempted to manipulate the outcome of the race at Richmond Raceway that set the field for the postseason playoffs.

“That was scary, that was scary,” Truex said. “I can’t believe it. I have to say it was fate, to be honest. What else can you say? To be in that point in the season and to know you’re going to lose your ride for the next year. Then to have a team, Furniture Row Racing, all of a sudden their driver is changing jobs, and for them to call and say, ‘We want you to drive.’ To know that four years later we’re champions? You couldn’t script that. You couldn’t write that story. It’s unbelievable.

“I will say, somebody sent me a message saying, ‘The harder I work, the luckier I got.’ I looked at that and I said, ‘That really is something special.’ I always felt like I had bad luck in my career. But this team, they work so hard. I feel like they make good luck and that’s where I think we are right now. I don’t know how to explain what happened. I know I’m blessed. I love this team and I really hope we can continue what we’re doing.”

And there’s no doubt that, when Truex pens his own story in the Champion’s Journal, the tale will be epic.

Will Brad Keselowski be a next-generation NASCAR Cup owner?