NASCAR Hall of Famer and Hendrick Motorsports executive Jeff Gordon has been named honoree of the 2023 Amelia motoring event.

Now in its 28th year, The Amelia is a multiple award-winning motoring event, which will be presented by Hagerty March 2-5 at The Golf Club of Amelia Island, Fla., and The Ritz-Carlton, Amelia Island.

Based in Traverse City, Mich., Hagerty’s purpose is to save driving and car culture for future generations and its mission is to build a global business to fund that purpose.

Each year The Amelia honors a racing legend and attracts celebrities from across the automotive landscape. The Amelia has donated over $4 million to deserving non-profit and charitable organizations. 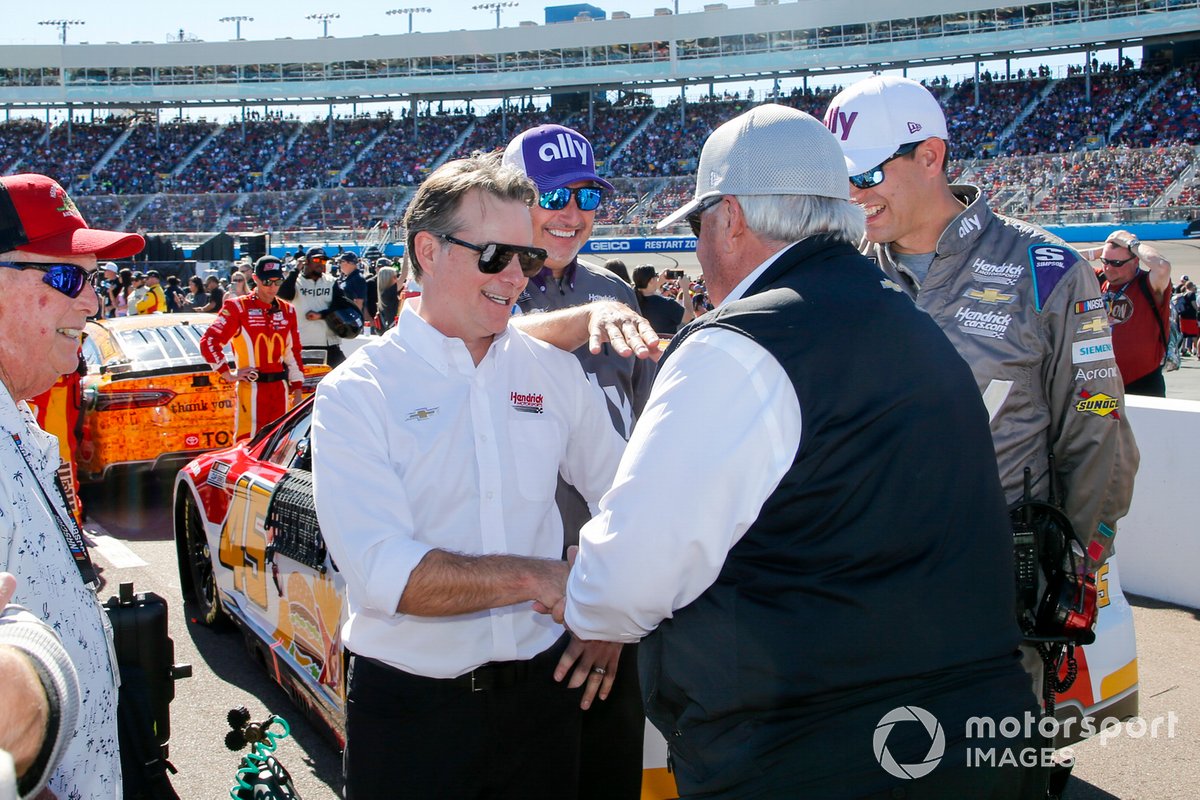 “Jeff embodies the spirit of The Amelia, often referred to as ‘the racer’s concours,’” said McKeel Hagerty, CEO of Hagerty. “His incredible success on the track has made him a household name, but Jeff is more than a legendary driver.

“His charitable heart is on display at Jeff Gordon Children’s Foundation, where he has led the battle to find a cure for childhood cancer for more than two decades.”

The weekend’s events will include a seminar on Saturday featuring Gordon and NASCAR Hall of Fame crew chief Ray Evernham as well as opportunities to meet the legendary driver at Sunday’s concours that will showcase a class of vehicles he drove and won in during his career.

Gordon’s former crew chief, Ray Evernham, is an Amelia regular. This year he will lead a discussion on Gordon’s incredible career at Saturday’s seminar “Jeff Gordon: The Hendrick Motorsports Years.”

“Ray and I have talked about me attending The Amelia for years,” Gordon said. “It’s an honor to be recognized at such an incredible event that blends car culture, car enthusiasts, beautiful cars and high-performance vehicles.

“And for us to be able to showcase cars that have been such a huge part of my career will make the weekend that much more memorable for me.”

Gordon was one of the most versatile drivers of his era. He is NASCAR’s winningest driver on road courses (nine) and restrictor-plate tracks (12). In January 2017, he became the first Cup Series champion to win overall at the 24 Hours of Daytona joining A.J. Foyt, Mario Andretti and Jamie McMurray as the only drivers to win the prestigious sports car race and the Daytona 500.

From 2016 to 2021, Gordon served as a race analyst for Fox Sports. He currently serves as vice chairman for Hendrick Motorsports and oversees much of the organization’s day-to-day operations.

Gordon established the Jeff Gordon Children’s Foundation in 1999, which supports pediatric cancer research and treatment and has granted more than $22 million to support children battling cancer.