While the prestige of competing on the iconic Indianapolis Motor Speedway over nearly three decades hasn’t been lost on NASCAR Cup Series drivers, for fans it’s been a different story.

Ever since the 2008 race which featured NASCAR throwing competition cautions every 10 laps or so to prevent tire blowouts, attendance has waned.

That prompted a long look by the track and NASCAR over the future of NASCAR at IMS. Instead of bagging the race altogether, the annual Cup race has now been moved to the 14-turn, 2.439-mile road course at the track.

The Xfinity Series made its debut on the course last year to rave reviews and NASCAR and IMS hope the move for the Cup series will inject some new life into the event. 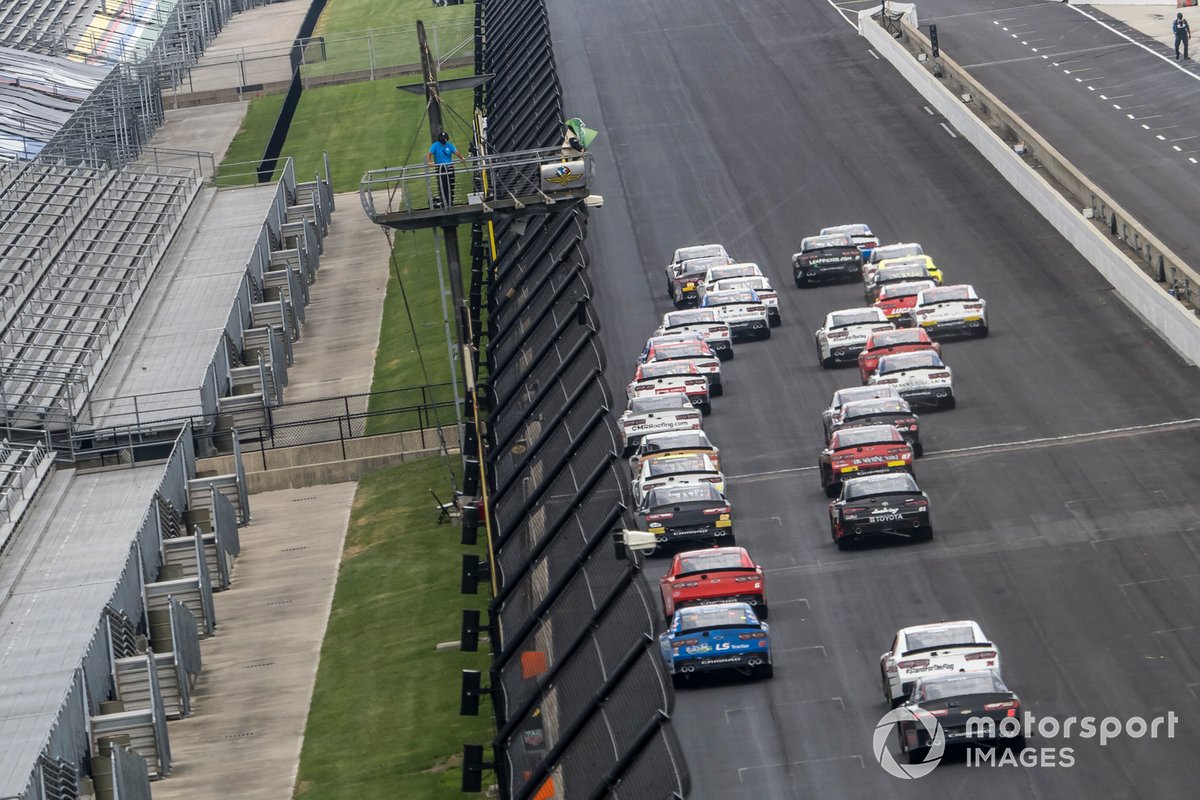 The NASCAR weekend is also being paired for the second consecutive season with an IndyCar Series race on the road course. The 82-lap Big Machine GP will take place at 1 p.m. ET Saturday prior to the Xfinity Series race (4 p.m. ET).

Many of the Cup Series top stars understand the reasons for the change but also don’t think the new race will remain a ‘crown jewel’ race on the schedule.

Here’s some Cup series drivers have to say about the move from the Indy oval to the road course:

“We lost a crown jewel. People hated the racing. I don’t know. Are they really going to get more people out to the road course than what they did for the Brickyard 400? I’m not sure. I don’t love it; I don’t love the move. It took away a crown jewel. I don’t think anyone will consider the Indy road course any sort of crown jewel race. Indy, because of the oval track, that’s what makes Indy so special. I don’t think it’s the last time we’ll be back on the Brickyard on the oval. We can’t just keep adding road courses and just keep adding road courses, everything is cool the first time. The second time … although we might have a good crowd next weekend for the road course, year two, I think it’s going to be back to, where’s all the people? Maybe alternate or something, but certainly I think the Brickyard is special and Indy is special because of the oval, not because of the road course.”

“I think that the oval, I think we lose a crown jewel when we don’t go to the oval there. This history of it. I don’t think the road course will ever be what the oval history has. So, I’m kind of disappointed that we don’t get to race on the oval. Now, in saying that, I’ve had a lot of fun on the simulator running the road course at Indy. It seems like a cool track, and I wouldn’t mind going twice and doing it two different ways. If we have to run the road course, we still want to be able to run the oval because of the history and legacy there. Everybody wants a real Brickyard trophy. I feel like this weekend, when you win there, it’s not going to be like winning on the oval. That’s my viewpoint.”

“I love Indianapolis no matter what shape it is in. Whether it’s an oval or a road course, whether it’s in an Indycar or a stock car. I love going there and seeing so much history. It’s funny, the oval at Indianapolis in Cup car is like racing on a road course. So now we will be racing on the road course. I love that we are adding more and more road courses. There are a lot of fans that love road course racing and it’s adding different markets. As for us at Trackhouse Racing, every time we get an opportunity to turn left and right we are better. We get another chance this weekend in Indianapolis.”

“For me, driving through that tunnel and understanding the history and everything that comes with racing on the oval at the Indianapolis Motor Speedway is something that I always look forward to. I can’t imagine driving backward on the frontstretch and driving the road course in the infield. It’s an oval thing for me. When you look at the oval and you look at the history of the racetrack and everything that comes with that – some guys may not have grown up like that, so some people will have a much different opinion – but for me the oval just holds a huge place in racing and it holds a huge place in the things that I look forward to every year. I remember the first time I pulled in there for a test in 2001 and you roll into the racetrack and you think, ‘Man, I just accomplished everything in my childhood dreams, rolling into the Indianapolis Motor Speedway.’ Getting to go out on that racetrack and hearing the echoes of the cars through the grandstand is something that I’ll never forget, standing there on the front straightaway. I’m sure I’ll get over it as we start to get into practice and realize it’s just another race but, for me, it’s going to be a difficult hurdle to overcome.”

“For my opinion and my perception, I don’t view it as Indy, no. Indy is the oval. That’s what makes the allure of Indy and that’s the prestige of the place and being around since 1900. It’s been there forever, it has a lot of history there. Spin and win with (Danny) Sullivan, and (Rick) Mears and A.J. Foyt and the Unser story and all that stuff for years. The Andretti story – all of that is IndyCar, obviously, but then it all started in 1994 with NASCAR going there and Jeff Gordon winning five times and (Dale) Earnhardt winning and Dale Jarrett winning, Bobby Labonte winning. It’s like the who’s who has won the Brickyard 400. I don’t foresee that being the same allure being on the road course. That doesn’t mean we won’t dig hard and go try to win what we have in front of us, though.”

“If I’m being honest, I’m sad about it – to be just honest. I think racing on the oval was so cool just because I was a kid and went and watched an Indy 500 back in the late ’90s. It was a special place and to race on the oval was just special. I mean, you think about the history of that racetrack and the people that have run around that rectangular racetrack and crossed that yard of bricks and all those things, and all the races that went on before you dating back to the early 1900s, it’s just a very special place. So, to not race on the oval is weird. I’ll certainly miss it, but I have no doubt that we will put on an exciting race on the road course and it will be a lot of fun to try and figure that place out. These new road courses have been favorable with the fans, so I hope we put on a good show for them.”

“There are certain places where if you just say the name of the race track, the generic fan – or not even a fan of motorsports – they know what that place is. That’s what Indianapolis means to me. You can say, ‘Yeah, I won at Indy. I won at the race track.’ And they know how big of a deal that is. They may not even know what series it is that you are talking about, but the fact that you say you’ve won there, it means something. I don’t have an opinion about whether it’d be bigger to win on the oval or the road course. A win at Indy is a win at Indy, and when you go win there, you still get to kiss the bricks.”

What time and channel is the NASCAR race at Indianapolis?