NASCAR: If hate crime is suspected, we’ll do the same again 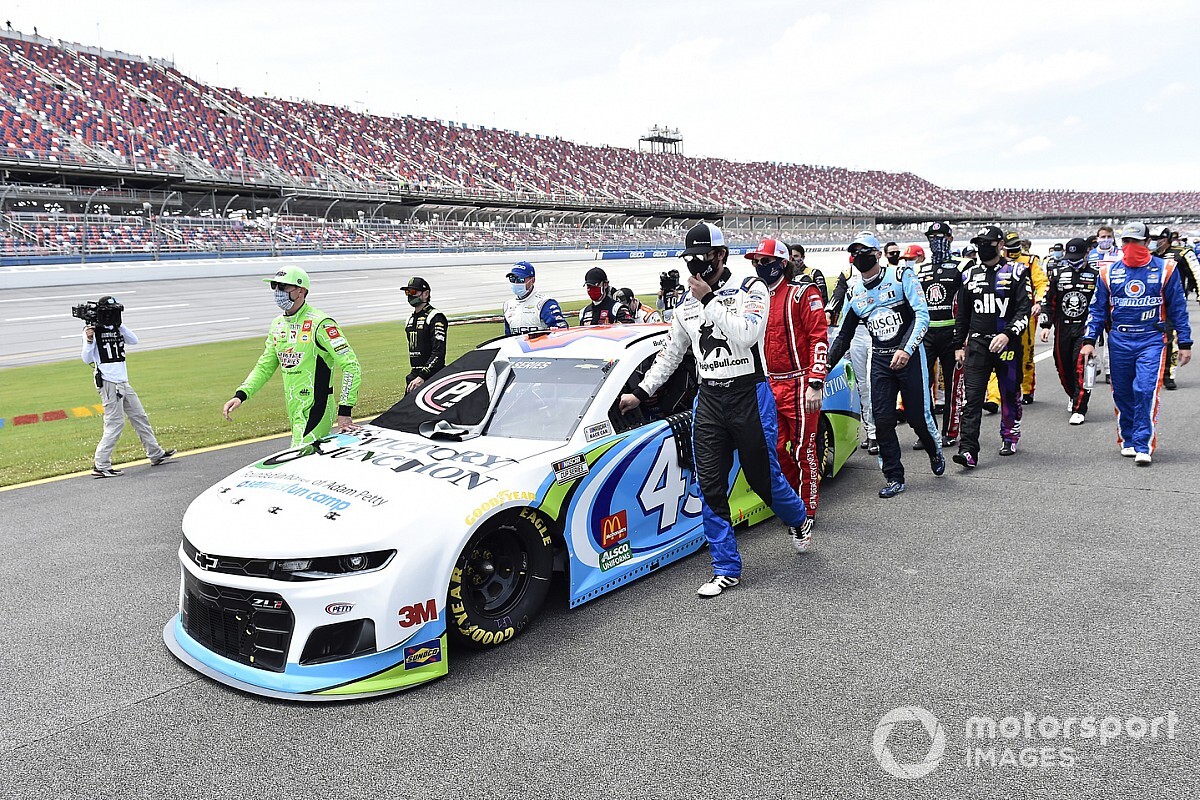 NASCAR president Steve Phelps says the organization “would do the same thing” if evidence was presented that suggested a hate crime might have been committed within its environment.

Speaking to media following the FBI learning that the noose discovered in the Talladega garage stall of Bubba Wallace, the only African American in NASCAR, was in fact a pull-down loop for the garage door, Phelps said NASCAR would initiate the same investigation if something similar is suspected of being a racist act in future.

“For us at NASCAR, this is the best result we could hope for,” he said. “It was disturbing to hear that it was thought that one of our own had committed this heinous act. It is fantastic to hear from the FBI definitively that there was not a hate crime.

“I do want to make sure everyone understands that if given the evidence that we had was delivered to us [on Sunday], we would do the same thing. We would have done the same investigation. It was important for us to do. There is no place in our sport for this type of racism or hatred. It's not part of who we are as a sport.”

Phelps went on to explain how the FBI and the NASCAR industry worked hard to reach the conclusion that no crime had been committed.

“I want to make sure that everyone understands that our portion of this with the FBI was something that was – we were very cooperative, as you would expect. We provided them with roster information, photographic and video evidence that aided them in their conclusions.

“Additionally, the industry was very supportive. Not just the members of the 43, and I want to be clear about the 43 team. The 43 team had nothing to do with this. The evidence is very clear that the noose that was in that garage had been in the garage previously.

“The last race we had had there in October, that noose was present, and it was – the fact that it was not found until a member of the 43 team came there is something that is a fact. We had not been back to the garage.

“It was a quick one‑day show. The crew member went back in there. He looked and saw the noose, brought it to the attention of his crew chief, who then went to the NASCAR series director Jay Fabian, and we launched this investigation.

“To be clear, we would do this again. Of the evidence that we had, it was clear that we needed to look into this.”

Phelps also said he was proud of the way the sport reacted to the incident, as all Cup Series drivers, team members and officials rallied around Wallace to show their support before Monday’s rain-delayed GEICO 500.

“Yesterday to me as a sport was one of the most important days we've had,” he said. “It's one of the most kind of indelible print on my mind until the day I die, seeing the support that Bubba had from not just the drivers but all the crews, all the officials who were down in pit road, anyone who was part of that footprint.

“Everyone wanted to show their support for a family member of NASCAR. We are one big family. We are one large community. And everyone's belief is that someone was attacking a member of our family.

“It turned out that that was not the case, but at the time that's what our industry thought, so drivers, crew, our officials, everyone supported Bubba Wallace and the 43 team, and that was a very powerful image in not just the history of our sport but I think in all sports.”

FBI: Bubba Wallace was not the target of a hate crime