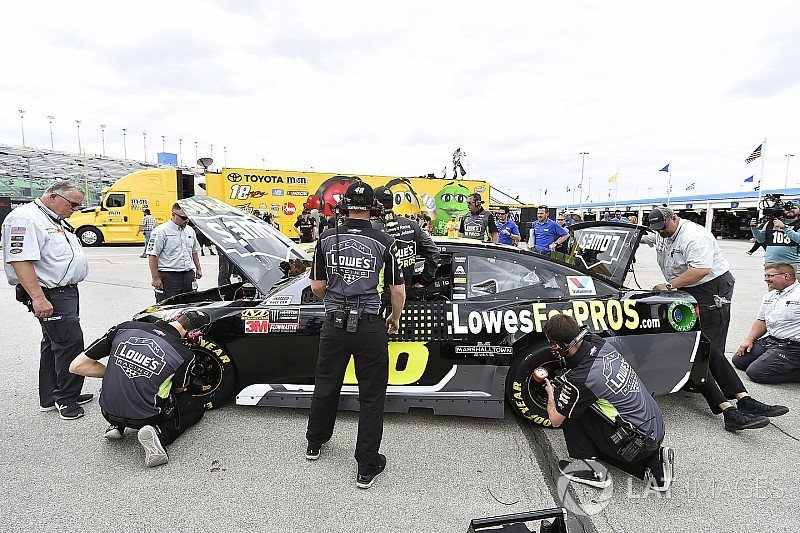 NASCAR officials are growing increasingly frustrated over the continued significant number of pre-qualifying and pre-race inspection issues each week.

At Kansas Speedway this past weekend, six Monster Energy NASCAR Cup Series teams were unable to clear pre-qualifying inspection in time to participate and all had to start Saturday night’s race in the back of the field.

NASCAR’s executive vice president and chief racing development officer, Steve O’Donnell, said during an interview Monday on SiriusXM NASCAR Radio’s “Morning Drive” show that the sanctioning body would continue to fight back against teams who publicly complain about the process.

“You’ve heard me come on and say we’ve got the most talented engineers in the world working on the race cars and we believe that, and it’s certainly frustrating because it is on the teams to present their cars for inspection,” O’Donnell said.

“At some point, it gets frustrating on our end and at some point, we’ve got to get the teams to be able to show up and get through tech inspection.”

As O’Donnell noted, even when there are issues, a vast majority of teams still are able to complete the process on time or without any problems. There are a number of “repeat offenders” when it comes to inspection issues.

In recent months, NASCAR has upped the penalties for inspection failures, increasing the amount of practice time lost and even ejecting crew members from the track for multiple failures in addition to loss of starting position.

“It hasn’t seemed to work,” O’Donnell said. “I think we’ll go back and look at it collectively and continue to focus on the teams that are doing it right and really make that be the narrative.

“Where we can make an adjustment we certainly will; the last thing we want to do is to penalize any team, we don’t want that to be the narrative.”

One of the issues NASCAR is looking at this week is a large dent that developed in the rear window of Kyle Larson’s No. 42 Chevrolet late in the Kansas race.

Larson claimed the dent came from damage from an on-track incident with Ryan Blaney but O’Donnell seemed to discount that theory on Monday.

“I’ve never seen damage cause that,” he said. “So certainly, we’ll go back like we always do and thoroughly inspect the car. It’s an area we continue to focus on because the teams know they’ve found something there.”