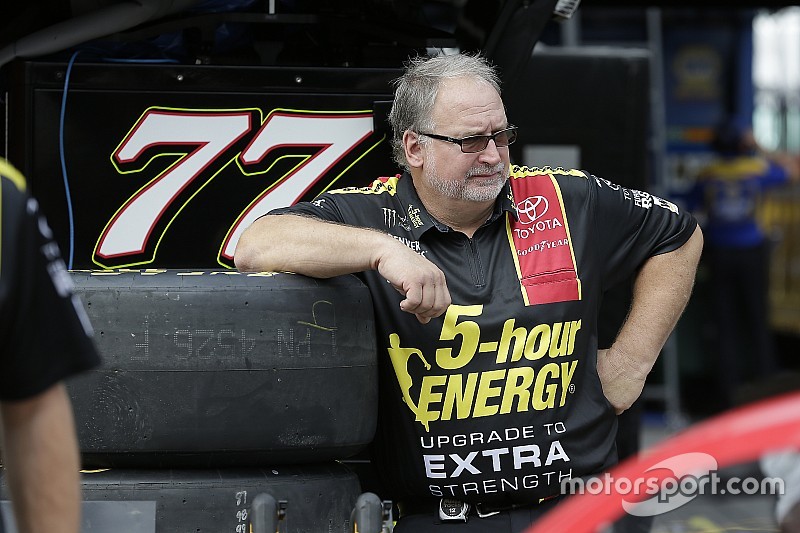 The Furniture Row Racing teams will compete with heavy hearts on Sunday following the loss of James “Jim” Watson.

Watson, 55, who worked as a road-crew fabricator, suffered a heart attack on Saturday night.

Watson’s racing career started behind the wheel in dirt late models and in asphalt super late models in Wisconsin.

He is survived by his wife, Laurie, and daughter Brittany.

“On behalf of Furniture Row Racing we extend our deepest sympathies to Jim’s family,” said Joe Garone, president of Furniture Row Racing. “He was an outstanding and talented member of our racing family, whose life was dedicated to racing since his early days as a race-car driver in Wisconsin. Our thoughts and prayers go out to Jim’s wife Laurie, daughter Brittany and to his entire family and friends. Our No. 77 and 78 teams will be racing with heavy hearts today.”