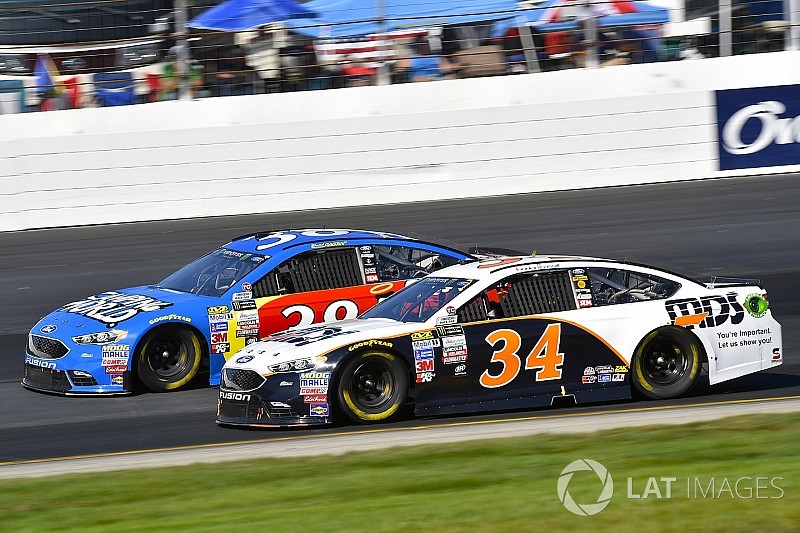 Front Row Motorsports has announced an elevated partnership with Ford Performance in 2018, including an expanded technical alliance with Roush Fenway Racing.

David Ragan will return to the team for his fifth season while Michael McDowell will replace Landon Cassill. Ragan delivered FRM their first Monster Energy NASCAR Cup Series victory in a stunning 1-2 finish for the team at Talladega in 2013.

“Bob Jenkins and I have developed a good relationship over the years, both professionally and personally,” Ragan said. “I believe in this team and am proud to have been part of its growth and its successes. I’m excited that Bob and Ford have agreed to take the program to the next level, and I’m happy I’ll be here to help the team continue to grow.”

McDowell, who will be making his 250th career Cup start in the Daytona 500, previously drove for Leavine Family Racing, but was replaced by Kasey Kahne at the conclusion of 2017. McDowell scored a career-best finish of fourth in the July Daytona race this past year.

“Since I first drove for Bob at Watkins Glen, we’ve kept in touch and have felt like there might be an opportunity to work together again, and the timing worked out perfectly,” McDowell said. “It’s been a while since I’ve had a teammate, so I’m really looking forward to working with David, whom I’ve become pretty good friends with over the years. As a team now, we go into the season knowing we have five or six races that put us in position to get a win and earn a spot in the playoffs."

The Bob Jenkins-owned team scored three top tens during the 2017 season while their drivers finished 30th and 31st in the championship standings.

“Ford has been a great partner for us for the past eight seasons, and we’ve agreed to work together to step up our program quite a bit,” Jenkins said. “We’ve got a lot vested in our partnership – relationships, knowledge, data – that we’re going to build on to make improvements both in the shop and at the track.

“David has been a great team member for us in his years with Front Row, both on and off the track,” Jenkins continued. “And Michael is a great addition to our team. I’ve been impressed with his talent watching him over the years and excited that he’ll be representing us and our partners next season.”

The team has not yet revealed their crew chief line-up or car numbers for the upcoming season.

Jeffrey Earnhardt without a ride after Circle Sport and TMG split