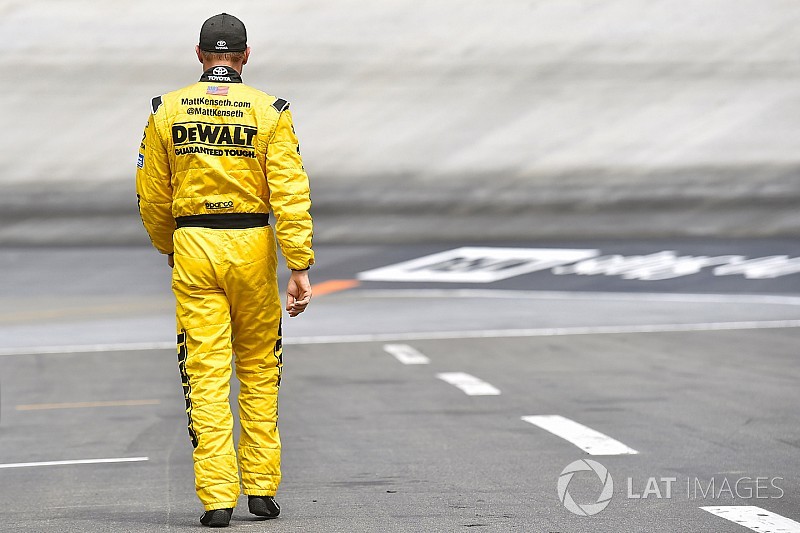 Don’t expect Chase Elliott or the No. 24 Hendrick Motorsports team to roll the dice on Saturday night at Bristol Motor Speedway.

With 500 laps to determine a winner, there will be plenty of strategies that come into play.

However, Elliott, who is currently seventh in the Monster Energy Cup Series standings, doesn’t believe that taking chances in Thunder Valley will distinguish his team from another.

“Nowadays, a gamble is not so much a gamble anymore,” Elliott said. “You might see a guy come down pit road and do something really different and see them stay out on two tires. Or, stay out and not pit. Or, come down pit road and do gas only at some point in the race. Now we see that every single weekend. Everybody knows all the tricks to track position and the pit strategy to move forward in a race or take a chance.

“Really the only time we see somebody have something weird work out for them is when a caution falls at the right time for them and none of us really know when that’s going to happen. So, I think we’re all gambling per se. We’re all just kind of doing it together instead of one person being on their own island.”

But with only three spots remaining on the playoff grid — and three races to set the field — there’s no telling what a winless team might do that’s desperate to make it to the post-season.

Although Elliott is not locked into the playoff, he’s the top driver in points sans win. Despite a limited three-race Cup run at Thunder Valley, the Hendrick Motorsports driver has been solid on the high-banked half-mile. Elliott has completed every lap raced and has average finish of 8.7. His best finish is fourth. In this race last season, Elliott led 14 laps. On Saturday night, he’ll start fourth.

Here are five other drivers looking for their first win of 2017 at Bristol:

Matt Kenseth — Kenseth ranks third on the Cup tour with four wins at Bristol and second (1,572) in laps led. His most recent victory came from the pole in the spring 2015 race. In 35 starts, Kenseth has 14 top fives and 21 top 10s. He qualified fifth.

Jamie McMurray — McMurray will make his 30th Cup start at Thunder Valley on Saturday. He’s posted just three top-five finishes with career-highs of third twice. McMurray has 11 top 10s and has only DNF’ed once. He rolls off 11th

Clint Bowyer — Bowyer is still searching for his first win at Bristol. He has seven top fives and 11 top 10 in 23 starts. Bowyer earned a career-high second-place finish here in the spring. He starts ninth.

Joey Logano — Although Logano won at Richmond in the spring, the win was encumbered. Now, 13th in the standings, only a win will carry the No. 22 Ford into the post-season. Fortunately, Logano has won twice at Thunder Valley since moving to Team Penske in 2013. In 17 career starts, Logano also has four top fives and seven top 10s. Logano, who has led 522 laps at Bristol, will come from eighth.

Erik Jones — Jones will start from the pole for tonight’s race. He has the best starting spot and the best pit box. In his only official Cup start at BMS, Jones finished 17th in the spring. However, he subbed for Denny Hamlin in the No. 11 Fed Ex Toyota following a rain delay in 2015. Hamlin was indisposed and Jones completed the final 234 laps.

Chase Elliott: "I think I’m in a good place mentally"