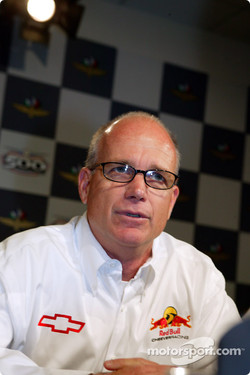 “We are all pleased to get someone like Max into the organization,” said Team Owner Chip Ganassi. “He has a track record of success as a leader and has experience at just about every level of the sport. We think his impact will be immediate.”

“I am really happy to become a part of Earnhardt Ganassi Racing,” said Jones. “They have a group of championship caliber people here that I am really looking forward to working with and helping them achieve the success that they are both capable of and deserve.”

Jones resides in Davidson, NC with his wife Linda.