NASCAR's commitment to diversity efforts is producing tangible results, on and off the race track.

DAYTONA BEACH, Fla. -- NASCAR's Seventh Annual Diversity Awards Luncheon on Friday celebrated the present while clearly sending an emphatic message regarding the future of the sport.

The overall face of NASCAR is evolving daily, resulting from the ever-growing number of individual, diverse faces that are driving a multi-cultural awareness throughout the NASCAR industry. NASCAR's commitment to diversity efforts is producing tangible results, on and off the race track. Some of the people involved in those results were honored Friday at Daytona International Speedway. 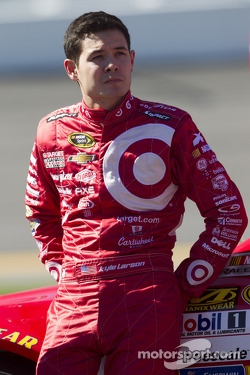 "Inclusion and diversity … we're trying to make that synonymous with NASCAR racing," said NASCAR President Mike Helton, at the outset of the event.

The award recipients "help us embrace the unprecedented amount of opportunities women and multicultural individuals have across all disciplines in the motorsport industry," said Marcus Jadotte, NASCAR's vice president of public affairs and multicultural development. "They are shining examples of our industry's understanding of the importance of diversity in all aspects of our sport."

No one shone brighter Friday than the winner of the Industry Ambassador Award, Alba Colon, Chevrolet Racing's program member for the NASCAR Sprint Cup Series.

She stands just a shade over five feet but make no mistake, she's a giant.

Colon is a definitive pioneer when it comes to diversity and the NASCAR industry. A native of Salamanca, Spain, she received a mechanical engineering degree from the University of Puerto Rico in 1994 and soon started working for General Motors. Colon moved into her current position with Chevrolet in 2001, becoming the first female to lead an OEM racing program in NASCAR.

The Industry Ambassador Award honors Colon for her support of diversity initiatives and willingness to share her inspiring story.

"Diversity is a topic I did not always think about, to be honest but because of this award, I've been thinking about what it is, practically," Colon said. "Diversity is only an asset when it's combined with the will to win … with hard work. And for those who are different like I am, remember: diversity alone does not guarantee success. Attitude, drive and education are critical. You will not succeed without those qualities."

From off-track to on-track, one of NASCAR's brightest young stars, Kyle Larson, was presented with the NASCAR Ignition Award in recognition for reaching NASCAR's top rung -- the NASCAR Sprint Cup Series. Larson, last year's Sunoco Rookie of the Year in the NASCAR Nationwide Series, is competing for the same honor this season in Sprint Cup. Larson, an Asian-American, will make his first Daytona 500 start on Sunday, driving for Chip Ganassi Racing with Felix Sabates. He is the first graduate of the NASCAR Drive for Diversity program to land a Sprint Cup ride.

· The Young Racer Award, to 11-year-old Austin Geer, who will drive a Bandolero car for Rev Racing this season. Geer already has 25 Bandolero victories.

· The Institution Award, to the University of Central Florida‘s DeVos Sport Business Management program headed by Dr. Richard Lapchick, for efforts in educating students on how sports can help create a more diverse and inclusive society, along with the responsibility of using sports to make a difference.

Roush and Biffle look toward Sunday