NASCAR at Darlington will not start on time due to rain 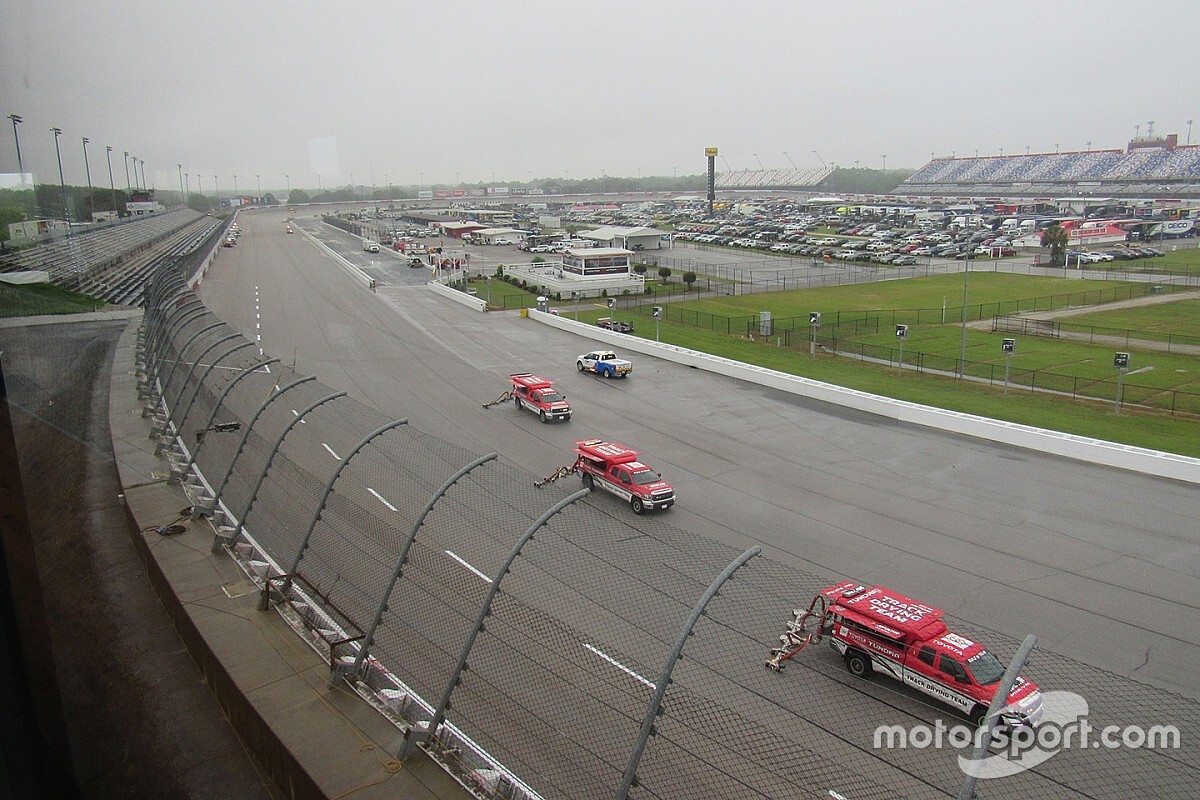 A second day of heavy rain and thunderstorms has delayed the start of Wednesday night’s Toyota 500k, which is slated to be just the second live NASCAR event to take place since the sport was put on hiatus in mid-March by the COVID-19 pandemic.

With approximately an hour to go before the scheduled green flag, rain continued at Darlington Raceway. With temperatures in the low 60s and very high humidity, it will likely take at least 90 minutes to dry the track for competition once it has stopped raining.

Sunday’s Cup race – won by Kevin Harvick – was the first live NASCAR event since March 8 at Phoenix Raceway. The following week, all professional sports were shut down as the COVID-19 pandemic gripped the United States.

In recent weeks, the state governments in North and South Carolina have loosened their stay-at-home orders which allowed NASCAR to schedule several race events at Darlington and Charlotte Motor Speedway over the next two weeks but without fans in attendance.

The Xfinity Series will compete at Darlington at noon ET Thursday (Fox Sports 1), a race that was postponed from Tuesday night, also due to persistent heavy rain. The next Cup Series event is the Coca-Cola 600 on Sunday at Charlotte Motor Speedway.

Should Wednesday night’s Toyota 500k end up being postponed, it will be rescheduled for 7p.m. ET Thursday and broadcast live on Fox Sports 1.