Dale Jr. hit with practice penalty: "We’ll just have to do our time" 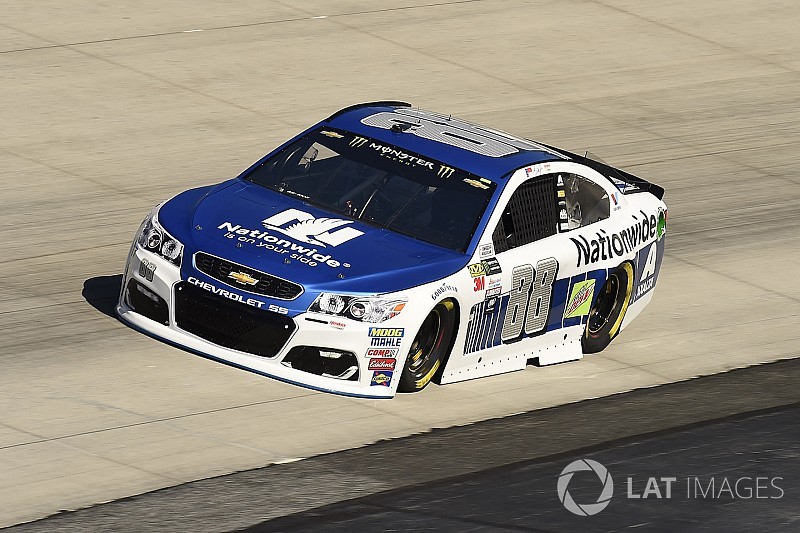 Dale Earnhardt Jr. expressed his displeasure with NASCAR subjecting drivers to “time out” during practice.

When teams fail the inspection process throughout a race weekend, the sanctioning body punishes the driver by docking practice time--but that’s not all.

Last weekend at Loudon, Joey Logano was forced to sit in his car on pit road for 55-minutes until his penalty expired. Earnhardt felt it was “silly to make him sit out there…Missing practice is plenty of punishment. No need to bust out the dunce hat.”

On Saturday, it will be Earnhardt’s turn in the penalty box. The No. 88 Hendrick Motorsports team failed race inspection twice at New Hampshire Motor Speedway. Consequently, Earnhardt received a 15-minute penalty for Happy Hour at Dover International Speedway.

“That’s right, I will experience it,” Earnhardt told Motorsport.com. “We had some trouble getting through tech. We’ll just have to do our time, and hopefully we’ll have a pretty good practice in the morning.

“We had a really great car when we unloaded so that gives me a little comfort because we did unload pretty fast. I like the car this morning. Hopefully, it will be pretty decent tomorrow in the first practice. If we were struggling or our car was way off, I’d be nervous — real nervous about it.”

Earnhardt had another slight hiccup. The No. 88 was one of 33 cars that had to make a second run through pre-qualifying inspection at Dover.

“Looks like it’ll be longer,” Earnhardt said while waiting on his car to clear technical inspection on Friday afternoon.

But Earnhardt was sporty in qualifying. Although he barely advanced to the second round, his lap was second quick in that session — one position behind Kyle Busch--to move on to the final round of time trials. He wound up seventh in qualifying with a lap at 159.688 mph. In his last 10 Dover starts, Earnhardt has three top fives and five top-10 finishes.