Dale Jr. hopes to "have something to smile about" by season's end 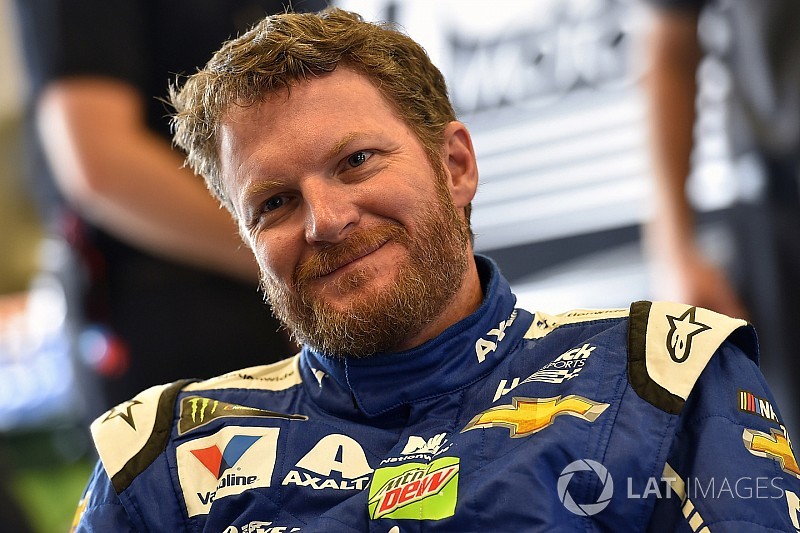 Performance-wise, Dale Earnhardt Jr.’s final full-time season in the Monster Energy NASCAR Cup Series has been a struggle to put it mildly.

Through the season’s first 21 races, he is 22nd in the series standings with one top-five and four top-10 finishes. His season’s best finish of fifth came more than four months ago at Texas.

And he and his No. 88 Hendrick Motosports team are in real danger of missing the playoffs, which would eliminate any chance he has of winning a championship before his retirement.

After a strong run in June on the road course at Sonoma, Calif., Earnhardt was hoping this weekend’s race at Watkins Glen (N.Y.) International could provide an opportunity for a win or good finish.

So far, though, it’s been another struggle.

“I want to go out there and run good. It isn’t where we want it to be. Today has been a struggle. I thought we had a great car at Sonoma and coming in here the car’s not very good off the truck and we’re making a ton of changes,” Earnhardt said Saturday.

He was 26th-fastest in the first practice and even after the set-up changes, he managed the 31st-fastest speed in the final practice.

Earnhardt was asked if he thought fans may have had unrealistic expectations about his return this season, after missing much of last year recovering from a concussion.

“There are a lot of reasons we haven’t been able to put together the kind of speed in the cars that we need. The 42 (Kyle Larson) has been strong all year, the 78 (Martin Truex Jr.) – they’re in a different world.

“We want to go out and win races. It’s easy to say that but, damn man, we’ve got a lot of speed to find. It’s not like we’re going to show up and drive around them guys. They’re half a second faster than us every week. So, we’ve got some work to do before the end of the year if we’re going to feel like we can legitimately contend for a win.”

The proper mindset is key

Earnhardt said he has tried to encourage his team that on any given weekend, they could rediscover the right combination to bring the speed to his No. 88 necessary to compete for a victory.

“We have to go into every race like this is going to be the week that we get it done. I think that’s the only attitude you can have if you expect to take advantage of an opportunity because one might fall in your lap and we just might find what we’re looking for before the season is over,” he said.

“I certainly ain’t going to finish my last season like that and carry that with me the rest of my life. So, we’re going to work hard all the way to the very end and hopefully we have something to smile about at some point before it’s over with.”

Click on the image to watch video from Watkins Glen:

Larson hopes to get back on track at Watkins Glen