Dale Earnhardt Jr. - "What in the hell is going on in this world?" 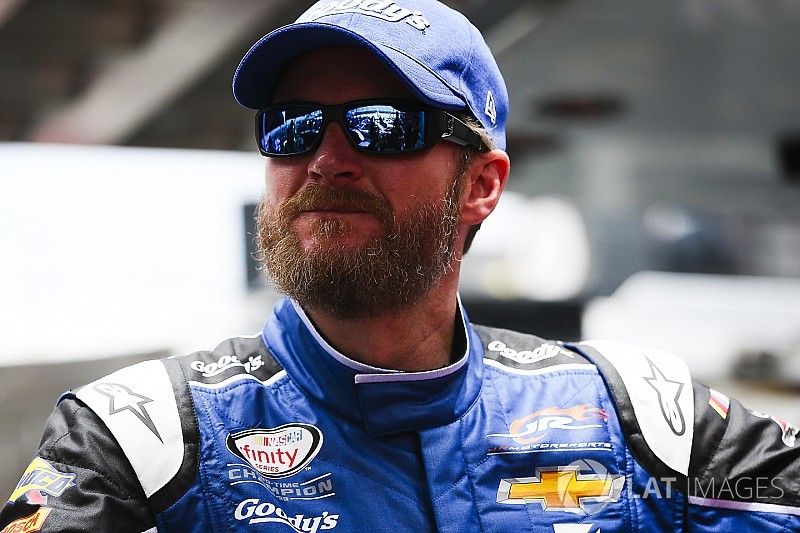 Dale Earnhardt Jr. weighed in on the tragedy in Charlottesville, Virginia on Thursday.

NASCAR’s Most Popular Driver spoke of the frustration he feels in the wake of the latest hate crimes and the need for the nation to unite.

“It’s sad and frustrating to see what happened and you feel sort of somewhat responsible to speak on it,” Earnhardt said. “I think that it’s great that a lot of athletes did speak on it. It encourages people like myself to speak up.

“I think that it’s been a very difficult period of time over the last couple of years for our country and obviously there is some stuff that happened today in Barcelona (Spain). It just makes you wonder what in the hell is going on in this world, you know?  It’s really frustrating because we ought to be better than that. We ought to be smarter than that than to be trying to tear each other a part. We ought to be working together, but it just seems like that is getting harder and harder to do and there is less and less of that.”

At 42, Earnhardt has learned the effect his words have on the sport, the fans, and his competitors. He makes a concerted effort to collects his thoughts more carefully before speaking out.

“Sometimes you forget about the impact of your words and sometimes you forget about how many people pay attention to what you say,” Earnhardt said. “So, there have been times when I haven’t thought about that and done something and it’s a bit of a reality check. I was just saying what I thought, but I didn’t know it was going to take off down the road like that and become this big story that has happened several times in my career.

“For me, I was never comfortable being in those conversations. Getting in the middle of a discussion that carried on for weeks wasn’t fun for me because you had to come in here (the Media Center) week after week and answer to it. So, we would just try to get in and out of the media center without sticking your foot in your mouth. But, I think as you get older you get more comfortable with carrying the weight of people disagreeing with that or criticizing your opinion.”

Earnhardt has enjoyed the support of a huge fan base over his career. But he has still had to defend his performance over the lean years. In a world that leans on political correctness — particularly in business settings — Earnhardt genuine and honest rapport has made him a go-to source in the NASCAR garage.

“You get more comfortable with deflecting criticism and speaking your mind,” Earnhardt said. “Some arguments, yeah, you don’t need to get in the middle of. You’ve got to kind of pick your battles, but we get requested to come into the Media Center quite often, especially this particular season, and so I think that is something else that people outside of this room could keep in mind. Is that we are going to be in here every week and we are going to be asked all the questions that everybody wants to ask. I’ve always answered, in my opinion, what I felt was honest and correct and so there are a lot of sides to it that I don’t think a lot of people understand.

“People think that we seek out the media to tell them ‘look this is what I think, you write a story about this, I’m pissed.’ That is not the way it is. You guys come to us and we answer honestly and try to be thoughtful, but there are times when it gets kind of spun into this big thing and you are like ‘whoa, man, I really didn’t want to get in the middle of this’, now I feel like I’ve got to continue to explain myself. But, I’ve loved having the opportunity to have an impact. I think being a part of the driver council and having some influence in the sport and collaboration with NASCAR was a great experience. I’m not in the council anymore, but it certainly taught me a lot about the sport that I didn’t know. Even that far and late into my career.

“And social media is a great way to interact with folks, control the context of your opinions and apologize when you are wrong. It’s really a nice… I like it. I didn’t know that I would enjoy it and didn’t know that it was necessary, but it has become really useful every day.  So, I’m not always right, and I try to admit when I’m not right in a conversation.”

NASCAR Roundtable - Which bubble driver could win at Bristol?