Cole Pearn: “It's been an emotional time for all of us” at FRR 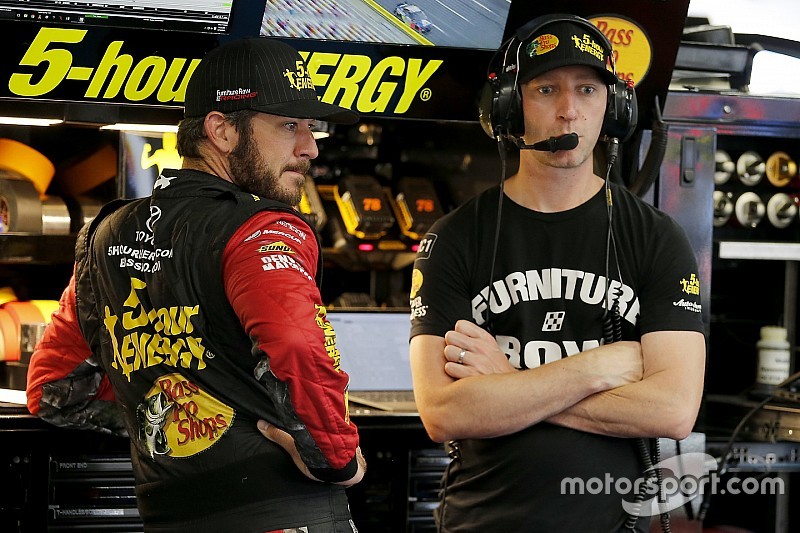 As he leads Furniture Row Racing into its final race, Cole Pearn works to keep the No. 78 Toyota team focused on going out as champions.

Pearn and driver Martin Truex Jr. have the chance to win back-to-back championships, something no one has done since Jimmie Johnson won five titles in a row between 2006 and 2010.

“I can't really put into words,” Pearn said Wednesday during a teleconference. “It's been an emotional time for all of us, and the fact to be able to go down there and have a shot at it and have a good shot at it, it means a lot.

“It's a sad time for all of us to kind of be going out as a group, but to go out that way would be unbelievable.”

Pearn said returning for a chance to win the title is a little different and although they haven’t won in the playoffs, that doesn’t mean they can’t bring home another championship.

“I guess Homestead is kind of the equalizer in a way, and it's a different track than places we go most of the time. I think we're optimistic,” Pearn said. “We've had a good playoffs.

“We haven't got to Victory Lane, but we've been close a lot, and hopefully we can get over the hump this weekend.”

This is the third trip to the Championship 4 for Pearn and his team and every team in the finals has made multiple appearances in the title race.

“I think the first year for us we really didn't know what to expect or what we were getting into, and we came away with a lot of learning to do from that, and I think even in '16 we didn't make it, we prepared as though we were going to make it and felt a lot more prepared when we got there last year,” said Pearn.

“I think really we're just trying to continue to build on the things that we felt like we didn't do right last year and hopefully make gains on those and be in better shape this time.”

Like some of his competitors, Pearn decided not to build a new car for this race but update a chassis already in-house.

“Basically a brand new car,” said Pearn. “It's not one ‑‑ I don't think we've run it in a while, so we basically started from scratch again. With the anticipation of making it, we were able to spend a good amount of time on it, and hopefully it's the right piece.”

The team loaded up the hauler and the cars rolled out of the team shop in Denver, Colo., late Tuesday night and Pearn said it was more emotional an experience than he thought it would be after watching the hauler leave the shop for the final time.

“I don't think any of us were prepared for how emotional it was last night when we loaded up,” he said. “I think we've just been head down, kind of pushing super hard, trying to do everything we can to get ready for this weekend, and once it was in the truck and saw the lift gate up, there was a lot of tears shed and a lot of sad faces, and I think all of us really realized that that was the last time we were going to do it together as a group.

“It's been a pretty tough time for all of us. But I think after the news came out when it did, it was probably roughly there for the first few weeks, and I think as people started to figure things out, it settled in a bit. We kind of were able to refocus and be able to close this thing out on a high note.”