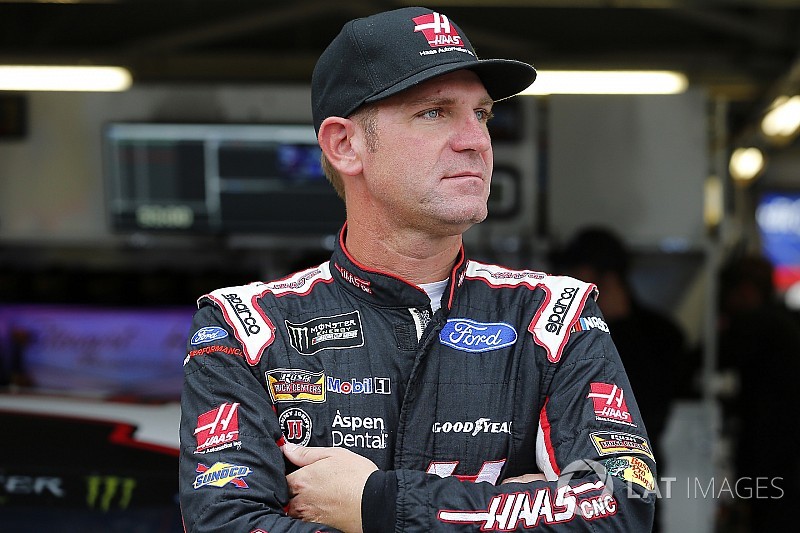 Clearly, Bowyer took a giant step up from the brutal 2016 season he experienced at HScott Racing but it didn’t end nearly to his expectations, especially with the lack of a trip to Victory Lane.

Bowyer failed to make the playoffs and finished 18th in the Monster Energy NASCAR Cup Series standings. His six top-five and 13 top-10 finishes, however, were his best totals since 2014. And he did finish second on three occasions.

Bowyer doesn’t feel 2018 is any sort of “make or break year” for him, primarily because he says that’s his approach every season.

“It doesn’t matter if it is your first year or your third year or your 12th year. It is always that pressure and it is always on,” Bowyer said during the Charlotte Motor Speedway Media Tour. “Nobody puts that on.

“We are competitors. I have raced since I was five years old. I have always wanted to win. Once you get a taste of that, there is no going back from that.”

Lack of consistency in 2017

The lack of wins was disappointing but Bowyer was also frustrated with the lack of consistency in the 2017 season – a stalwart of his NASCAR career.

There was no question his results were haphazard – he could never string together more than two consecutive top-10 finishes all season.

“That has always been my ‘m.o.’ and how I was always able to make playoffs if I did or compete for a championship if we did. It was through consistency and knocking on the door and not having bad runs,” Bowyer said.

“We were spraying it all over the place last year. We would have good runs and bad runs and I really look for Stewart-Haas to smooth those things out.”

Some of Bowyer’s issues could easily be attributed to SHR’s change from Chevrolet to Ford last season. The organization was fighting through those obstacles much of the 2018 season although teammate Kevin Harvick was able to advance to the Championship 4 in Homestead.

“It was very taxing on everybody at that shop. You saw it from the management to the army down on the floor. It was all hands on deck constantly,” he said.

“I am not saying it won’t be there this year but you would learn something and then it would be like, ‘Now we have to hurry up and get it to the track and how soon can that happen?’ Then by that time something else had come along.”

With a year under their belts and a new NASCAR inspection system that most feel puts everyone on a more level playing field, Bowyer believes SHR is in better shape to start this season.

And he is willing to patiently wait for his time to strike.

“Your Victory Lane speech is not written until it happens. Nothing is set in stone no matter where you are at. It is all about people,” he said. “It doesn’t matter if you are with the best organization out there, if you aren’t surrounded with the right people to get the most out of you so that you can get the most out of them, then it is not going to happen.

“It doesn’t matter what organization it is. We had dominant cars last year and some of them didn’t win.”