Could Chris Buescher be Chevrolet's best hope at Kansas? 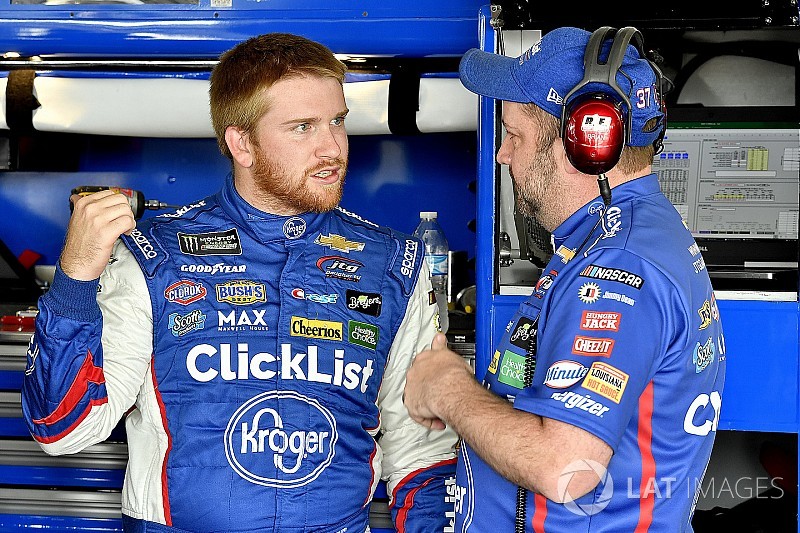 Not only will Buescher enjoy his best start of the season – 10th – but he is the only Chevrolet driver who advanced to the final round of qualifying and will start in the Top 12.

Rookie William Byron of Hendrick Motorsports is the next closest Chevy, at 13th.

Friday’s practice and qualifying effort was an impressive turnaround for Buescher and his No. 37 JTG Daugherty team.

“Practice went pretty decent and we got a good mock run in and were just trying not to mess it up. I’m proud of the effort, Buescher, 25, said. “Our (car) was good all three runs (in qualifying). We didn’t lose a bunch of speed throughout the whole thing and I’m proud of that.

“It’s the second best start I’ve ever had in the Cup Series – that is pretty awesome as well. It’s a good day. It’s a good start. We are starting on the outside (lane), which I think can be a good thing here at Kansas, so I’m good with that.

“We kept moving up every round, we kept getting a little better. At the end of the day that was really respectable and I’m proud of everybody.”

Buescher began the 2018 season with a strong showing at Daytona, finishing fifth. Since then, it’s been a struggle, with his best performance outside of the superspeedways a pair of 15th-place finishes at Texas and Las Vegas.

Capping off Friday’s effort with a solid ran run Saturday night would be an even more dramatic improvement.

What does Buescher think is possible in the race?

“Kansas is a good track for myself, for this team, we ran really well here last year. Ran well here on the Xfinity side. I like this place. It’s really come into its own. The asphalt has definitely widened out,” he said.

“As long as we don’t have any more natural gushers out of the groove (practice was delayed by weepers on Friday) we will be just fine. I feel like it’s something that we can go out there and race with.

“We’re working on a little bit of fall-off stuff and we’ve got some stuff to look at, but our better runs were at the end of practice, which is exactly what you want. So, we will work off that.”

Ryan Blaney: Penske "on the brink" of matching SHR