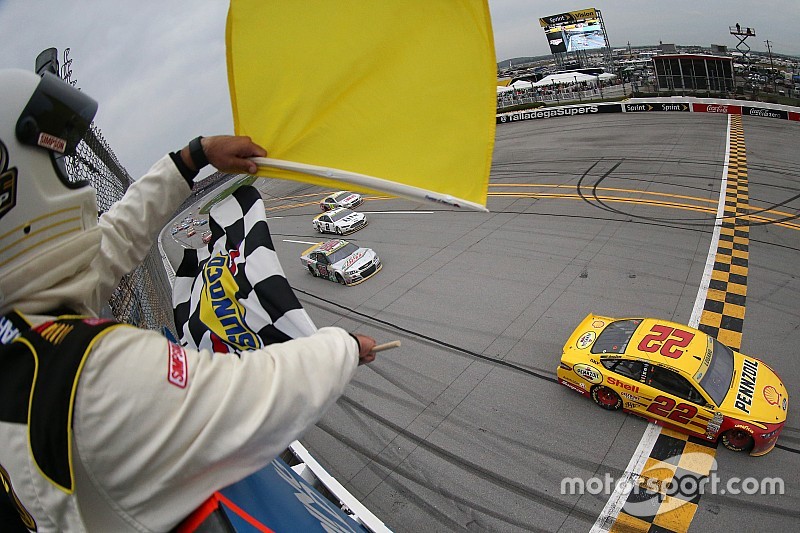 NASCAR on Thursday announced major changes to its overtime policy, adding an “overtime line” which could result in as few as one or an indefinite number of restarts.

The policy change takes effect immediately in all three of its national series – Sprint Cup, Xfinity and Camping World Trucks.

Each track will have a designated “overtime line.” If a caution comes out before the completion of the last lap of a race, the race will be restarted in a green-white-checkered restart.

However, if another caution is displayed, the race will be deemed completed if the leader has already passed the “overtime line.” If not, the race will be restarted again and continue with restarts until a finish is secured.

Under the previous policy, NASCAR limited green-white-checkered restarts to three attempts and the leader had to fully complete a lap for the attempt to be valid.

Last year, NASCAR altered the policy on its restrictor-plate races, cutting the number of restart attempts to just one.

The policy change also got a rave review from Eddie Gossage, president of Texas Motor Speedway.

“As the biggest race fan in Texas, I love the new NASCAR overtime procedure. Let's line them up and turn them loose, give them a chance to race through at least the first couple of turns and halfway down the backstretch before it's an official race finish,” Gossage said.

“And if they can't get that far before the yellow comes out, let's line them up again and again and again until it's a clean run. Man, this is like trying to stuff 50 pounds of excitement into a 10-pound bag. How can any fan not like this?”

Previously, NASCAR’s policy was that if the yellow flew on the second lap of a green-white-checkered finish, that would end the race. If the yellow flew during the first lap, another attempt would be made with a maximum of three.