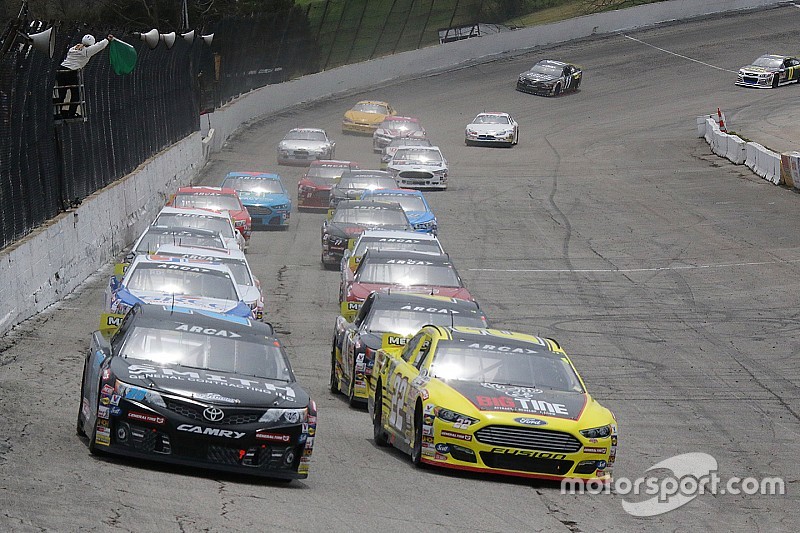 The two largest and oldest professional stock car racing organizations in North America will become one entity by 2020.

NASCAR on Friday announced that it is purchasing the Automobile Racing Club of America series, a lower-level stock car organization that has sanctioned races since 1953 and has had a longstanding unofficial relationship since its existence.

“This is one of the most exciting announcements we’ve had in our lifetime,” said Jim France, NASCAR vice chairman, executive vice president and member of the sport’s founding family. “The ARCA organization has been closely associated with the France family before there was a NASCAR and before there was an ARCA.

“It’s a big moment for stock car racing in America.”

France was the driving force behind the merger of Grand-Am and the American Le Mans Series in 2012, creating the modernized International Motor Sports Association (IMSA) in 2014.

“NASCAR, our business is racing, and that’s what we’re investing in. We’ve done it all of our lives and we’ll continue to do it. The relationship with ARCA is just a continuation of that,” France said.

“We’ve been involved in sports-car racing all of our lives also and we’ve been able to reunite the sports-car series (with IMSA) and build that. And that’s the goal here.”

ARCA competes on a more wide-ranging array of tracks than NASCAR, including superspeedways, road courses, dirt tracks, short tracks and intermediate tracks on a regular basis.

ARCA’s age limitations are also not as restrictive as NASCAR, which has a minimum participation of 18 in both the Monster Energy NASCAR Cup and Xfinity series and for most tracks in the Camping World Truck Series.

ARCA was founded in Toledo, Ohio, in 1953 as the Midwest Association for Race Cars, a local touring group in the Midwestern United States. The series was founded by John Marcum, a friend and former competitor of Bill France Sr. and a former NASCAR employee.

Marcum created MARC as a northern counterpart to the Southern-based NASCAR. The series became part of Daytona Speedweeks in 1964 at the request of Bill France, allowing the series to open its season alongside the Daytona 500. That same year the name changed to ARCA, a suggestion from France to give the series more national exposure.

ARCA will continue to operate under its current structure through the 2019 season. This year’s schedule of 20 races includes nine events at NASCAR national series venues, and three others at NASCAR Whelen All-American Series tracks – illustrating the bond between the two sanctioning bodies.

ARCA and NASCAR’s Cup and Xfinity series are all competing this weekend at Talladega (Ala.) Superspeedway.

“We are proud of the history and tradition of the ARCA Racing Series and the relationship we’ve built over six decades with NASCAR,” said Ron Drager, ARCA president and grandson of John Marcum.

“We look forward to the opportunity to be more fully integrated with NASCAR and help shape the future of our sport.”

Some of the staples of the ARCA series – such as Salem (Ind.), Toledo (Ohio), Springfield (Ill.); and DuQuoin (Ill.) – would remain part of the series moving forward. There is also the chance some of the tracks could become incorporated into some NASCAR series down the road.