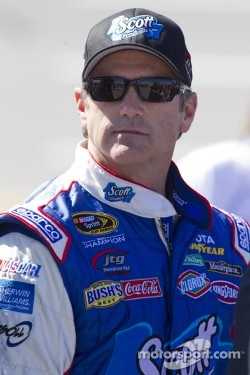 This week crew chief Frank Kerr is transitioning into his shop foreman role at the Harrisburg, N.C. shop while the team’s chief race engineer steps up to take over the reigns as crew chief of the No. 47 Toyota Camry for the remainder of the season and Bob Bechstein assumes the car chief position.

“I am very excited to have the opportunity to step up into this role,” Burns said. “Working as the No. 47 team engineer this year makes it a very easy transition. I know that Bobby and the rest of the crew are all looking forward to finishing off the last four races of 2011 on a high note.”

Prior to becoming the lead engineer for the No. 47 NASCAR Sprint Cup Series entry, Burns was a crew chief for half a season at Front Row Motorsports with driver Travis Kvapil. Before that, he was an engineer at Earnhardt Ganassi Racing for eight years.

“With Brian taking over for Frank and Bob stepping in as car chief, it will be business as usual,” Labonte said. “I know Brian will do a great job as our crew chief starting this weekend at Martinsville Speedway.”

Martinsville Speedway has been a good track for Labonte over the years. He has recorded one win, one pole, six top-five and 13 top-10 finishes. Furthermore, Labonte was one of the drivers that participated in a two-day Goodyear tire test in August.

“We were actually one of the teams that tested at Martinsville a couple months ago,” Labonte said. “Martinsville is a track that I really like going to. 500 laps is a long race and you have to take care of your equipment because the track beats up your brakes and engine and everything like that.

“When we were there earlier this season, we had a really good qualifying run and a good race going before we got knocked out past halfway by hard racing,” Labonte said. “Overall, we had a good race car. I talked to Brian and we are going back with the same things we had in our Toyota Camry last time. We should be good.”

On Sunday, JTG Daugherty Racing unveiled 2012 plans with Bobby Labonte, sponsors and Toyota along with upcoming changes for the racing organization that included the addition of Todd Berrier as general manager and crew chief moving into next season.

“We have direction and we have a plan,” Labonte said. “We have some really smart people already in place. We’re looking forward to a successful year next season.”

“Bobby and I talked about doing something like this in 2003—we just didn’t ever work it all out,” Berrier said. “For myself, I think it’s really cool. I’ve been in a big company that was once a small company—as small as this one is—so I’ve kind of seen it from ground level up to where we were (at Richard Childress Racing). I feel like I know what we need to do here to get this thing up and going.”

As the team continues to change, so does the look of the No. 47 Toyota Camry. This weekend Grilling.com returns as primary sponsor. Grilling.com and Kingsford have paired up to give one lucky fan an ultimate VIP track-and-grill experience with Bobby Labonte and the JTG Daugherty Racing team at the big race in Las Vegas Motor Speedway in March.

Fans can register for an opportunity to be Labonte’s Pit Master for the day at Grilling.com/racing, which includes a 3-day (2-night) stay on the Las Vegas strip; round-trip airfare; a rental car; a BBQ lunch with Bobby and crew; a VIP tour and more leading into the big race weekend in 2012.

Labonte races his No. 47 Grilling.com Toyota at the .526-mile short track oval one week following a hard crash with the No. 22 car of Kurt Busch in the closing laps at Talladega Superspeedway. Labonte was checked and released from the track’s infield care center.

“Initially, I was a little sore after the accident, but I’m doing fine and look forward to a great race at Martinsville,” Labonte said.