Billy Johnson to make NASCAR Cup debut in Petty's No. 43 at Sonoma 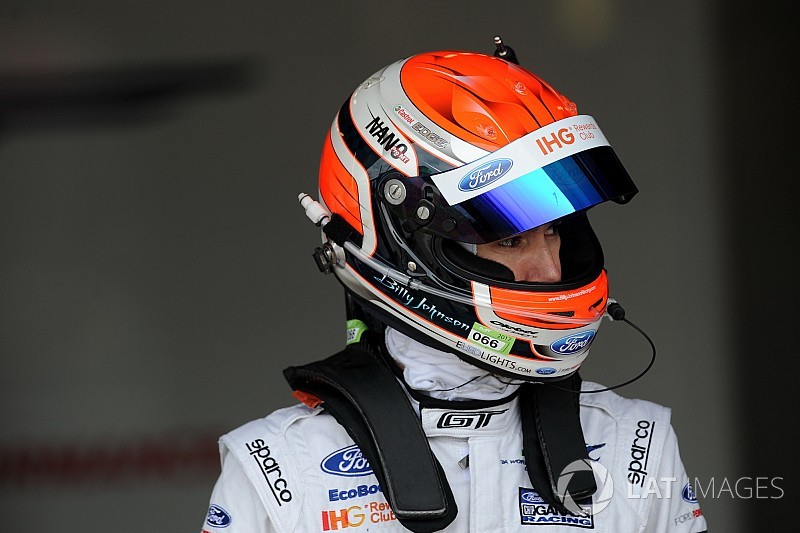 Billy Johnson is slated to pilot the No. 43 Richard Petty Motorsports Ford this weekend at Sonoma Raceway team sources have confirmed.

“To be able to put him in a Cup car, at the highest level of NASCAR, in the iconic No. 43 Fusion, and to let him show his skills at Sonoma, well, we couldn’t be happier for him to have this chance," read a release from the team.

The former Roush Racing driver has five starts in NASCAR’s Xfinity Series. His best finish of eighth came at Montreal where he was contending for the win but had to pit for fuel when the race went into a second overtime.

“It is going to be awesome. It will be my first NASCAR Cup race and to debut in the 43 car, one of the most iconic numbers to ever race in NASCAR, is a huge honor,” said Johnson. “Richard Petty Motorsports is a great organization. To have the chance to make my Cup debut for the King is surreal, and I appreciate them putting me in the car.

“I have run a lot of XFINITY races, but this will be my first Cup race. It is awesome that RPM and everyone at Ford Performance has the confidence in me to take on Sonoma. I have run pretty well in the XFINITY road course races I have done, so I hope that translates into a good showing this weekend."

Bowyer gets bitten by late-race cautions at Michigan