Greg Biffle turned a 37.826-second lap in his No. 16 Roush Fenway Ford on Friday to claim the pole starting spot for the Sunday running of the Pure Michigan 400 NASCAR Sprint Cup Series race.

“I tell you what, “(crew chief) Matt Puccia and the guys did a great job with this race car,” Biffle said. “We weren’t sure what we were going to do -- come here in qualifying trim or race trim or what. We decided on qualifying trim today.”

For me to get a pole, all the stars have to line up and they did today.

RFR teammate, Matt Kenseth in the No. 17 Ford, made it an all Roush Fenway front row by claiming the second starting spot with a lap time of 37.853 seconds.

“For me to get a pole, all the stars have to line up and they did today,” Biffle said. “I just looked at it, and Matt was almost a tenth better than me in three and four but it looked like he was scared to push the gas down. That is why I am up front.”

Ryan Newman will start his No. 39 Stewart-Haas Racing Chevrolet in the third spot after turning a qualifying lap in 37.980 seconds.

“Well, I didn’t know what to expect,” Newman said. “The guys said the race track was a little bit warmer, and the guys were going a little bit quicker, but that doesn’t always mean everything,” Newman said. “I felt like we had a really good balance and a pretty good lap, good enough for third, obviously.”

Denny Hamlin held the provisional pole position at Michigan International Speedway with his No. 11 Joe Gibbs Racing Toyota through much of the late going in Friday qualifying with his lap time of 38.036 seconds that knocked Dale Earnhardt Jr. and his qualifying time of 38.162 seconds in the No. 88 Hendrick Motorsports Chevrolet from the top spot. By the end of Earnhardt was shuffled back to the eighth position.

Hamlin, the 35th of 46 drivers making qualifying attempts, held on to the front starting position until Biffle, the 44th driver out, knocked him down to the second spot. Hamlin will start fourth on Sunday.

A couple of drivers came close to knocking Hamlin off the provisional pole before Biffle was finally able to pull it off. Brad Keselowski posted a lap time of 38.094 seconds in the No. 2 Penske Racing Dodge to claim the then-second position right behind Hamlin until Mark Martin, in the No. 5 Hendrick Motorsports Chevrolet, replaced Keselowski in the second spot with a 38.057-second lap.

By the end of the qualifying session, Martin wound up with a fifth-place starting spot, Keselowski sixth.

T.J. Bell, Johnny Sauter in the No. 7 Robby Gordon Motorsports Dodge that was to be driven by the car owner in the race on Sunday, Erick Darnell were the slowest three drivers in pole qualifying. As a result, their cars will not be on the starting grid come Sunday. 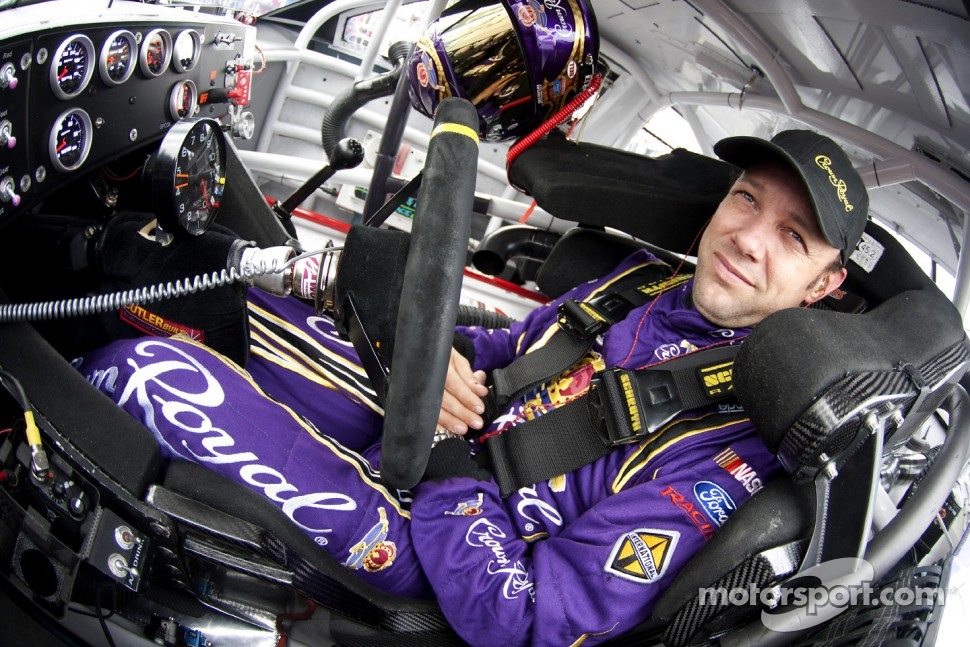