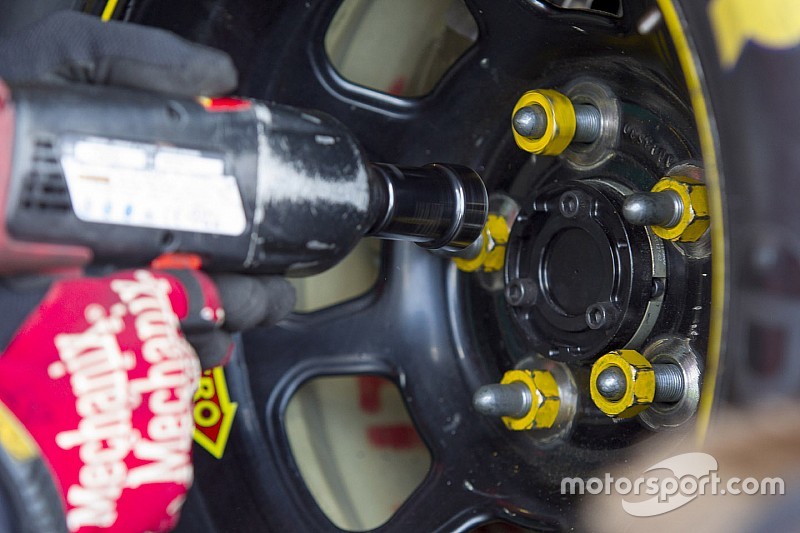 Effective immediately, NASCAR is requiring all teams in its three national series – Sprint Cup, Xfinity and Trucks – to have all five lug nuts installed in a “safe and secure manner” at all times during a race.

NASCAR sent a memo to teams on Monday afternoon with the update to the current rule, which stated simply “all tires and wheels must be installed in a safe and secure manner.”

“NASCAR has been closely monitoring the aggressive strategies on pit road. Safety is an area we do not take lightly, as our record has clearly indicated. It’s important for us to have a system in place immediately for addressing lug nut installation, while we also work alongside the industry to develop the best long-term solution," Scott Miller, NASCAR's senior vice president of competition, said in a statement.

With the change, NASCAR also reserves the right to require any competitor to report to pit road “to inspect for any noncompliance” at any time.

In addition, NASCAR added the following penalties should it determine all five lug nuts are not secured:

The change comes less than a week after three-time Cup champion Tony Stewart was fined $35,000 by NASCAR for speaking out on the former policy, criticizing NASCAR’s lack of concern for the safety issues he perceived came with the policy’s abuse by teams.

Analysis: Five drivers who need to step up their 2016 short track game