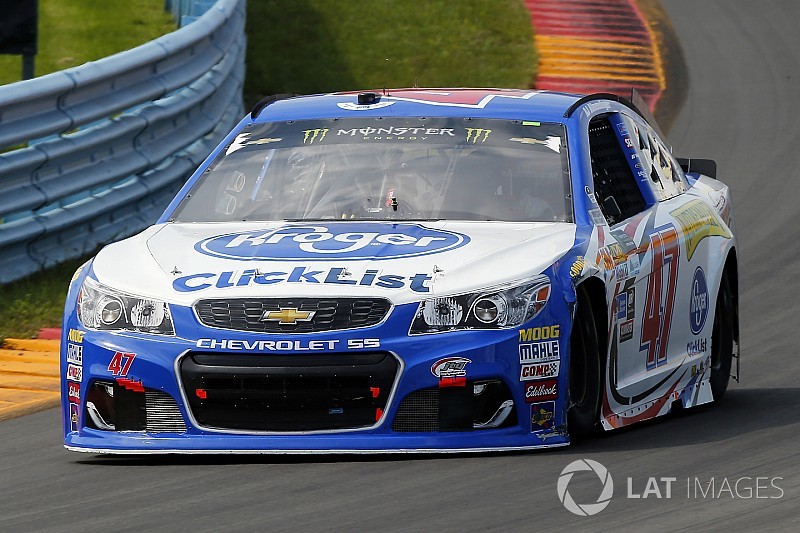 A.J. Allmendinger never found himself in contention for the win Sunday at Watkins Glen (N.Y.) International, but his JTG Daugherty organization still managed one of its best weekends of the 2017 season.

For just the fourth time this year, Allmendinger and his rookie teammate, Chris Buescher, both finished in the top 11, including three times in the last six races.

Not only that, but Allmendinger and Buescher were the top two performing Chevrolet teams in Sunday’s I Love New York 355 – quite an achievement considering they out-performed all of the Hendrick Motorsports, Richard Childress Racing and Ganassi Racing teams.

“Proud of result,” team co-owner Tad Geschickter told Motorsport.com. “We would love to win after all of the support of our great partners and the long hours put in by the team.

“Ninth and 11th was a good result. Everyone executed. More great results are on the way if we keep executing like we did at The Glen.”

Considering how much Allmendinger’s No. 47 team struggled at the Glen, ending up as the best Chevrolet team was not a bad consolation prize.

“Of course you always want more when you come here, at least I do. We had a tough weekend, and we fought hard,” he said. “The car wasn't very good on the first run, and we made some better changes.

“I just really struggled in traffic. I got behind Jimmie (Johnson), and tore up the tires. Once I got by him, it was actually not too bad. From there, it was just fuel saving. You don’t really know how much you have. I tried to save, I felt like I saved a lot. Maybe a little too much.

“Always want more here, but it was a tough weekend and we got everything we could.”

Buescher, who finished 19th in his only previous road course start in the Monster Energy NASCAR Cup Series this season, said he was proud of his No. 37 team’s effort at the Glen.

“The team worked really hard and put us in the right position with good strategy,” he said. “We had good speed at times.

“Our early run speed, I was really happy with it. It fell off a little bit harder than we would like, but to come home P11 at The Glen – it was pretty good.”

William Byron to replace Kahne at Hendrick Motorsports in 2018