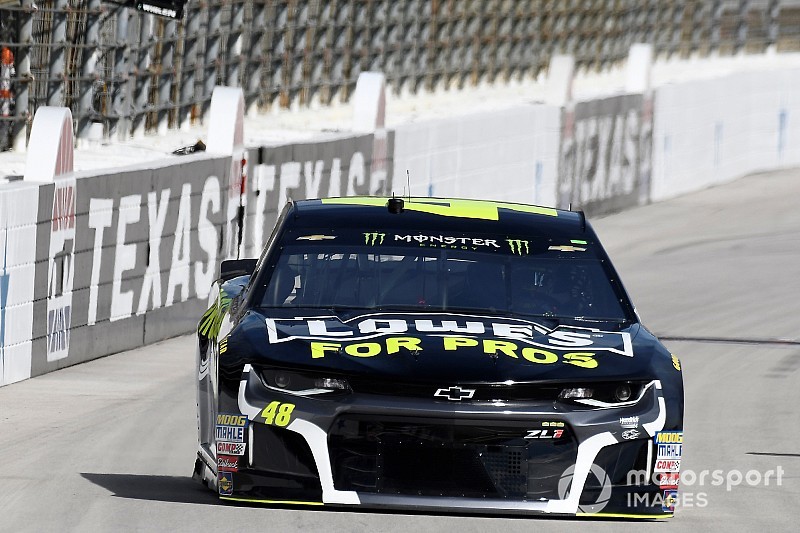 Jimmie Johnson may not have qualified well for Sunday’s race at Texas but he was not supposed to start from the rear of the field.

Shortly before the start of the AAA 500, NASCAR announced the No. 48 Chevrolet of Johnson had failed pre-race inspection twice before passing and would have to drop to the rear of the field to start the race. He had qualified 23rd on Friday.

Johnson’s crew chief, Chad Knaus, attempted to protest, being under the belief during a regular three-day race weekend, it requires three failures in pre-race inspection before a team loses its starting position.

As it turns out, Johnson and Knaus were correct.

During the race, NASCAR officials admitted a mistake was made. Johnson’s car did fail twice but should not have lost its starting position as a result.

Johnson was involved in an on-track incident during the race with Hendrick Motorsports teammate William Byron, but still managed to salvage a decent 15th-place finish.

“There is no format for the teams to communicate to the tower. So, whatever the tower says is the way it is,” Johnson said after the race. “This is just one of a few calls that have been wrong due to that situation.

“I don’t know how they do it. Here (at Texas) we have a minute and a half under caution, but at Bristol you’ve got 30 seconds. I don’t think it’s a perfect environment for them to get it right all the time. Stuff happens.”

After the race, NASCAR’s executive vice president, Steve O’Donnell, called the mistake “unacceptable” and “disappointing” and said NASCAR officials had apologized to Knaus and the No. 48 team.

O’Donnell also said NASCAR would put processes in place to ensure the mistake would not happen again.

Almirola to Logano: "If I'm not in (the final four), he'll know it"

Blaney on final restart: 'I would have wrecked us both'