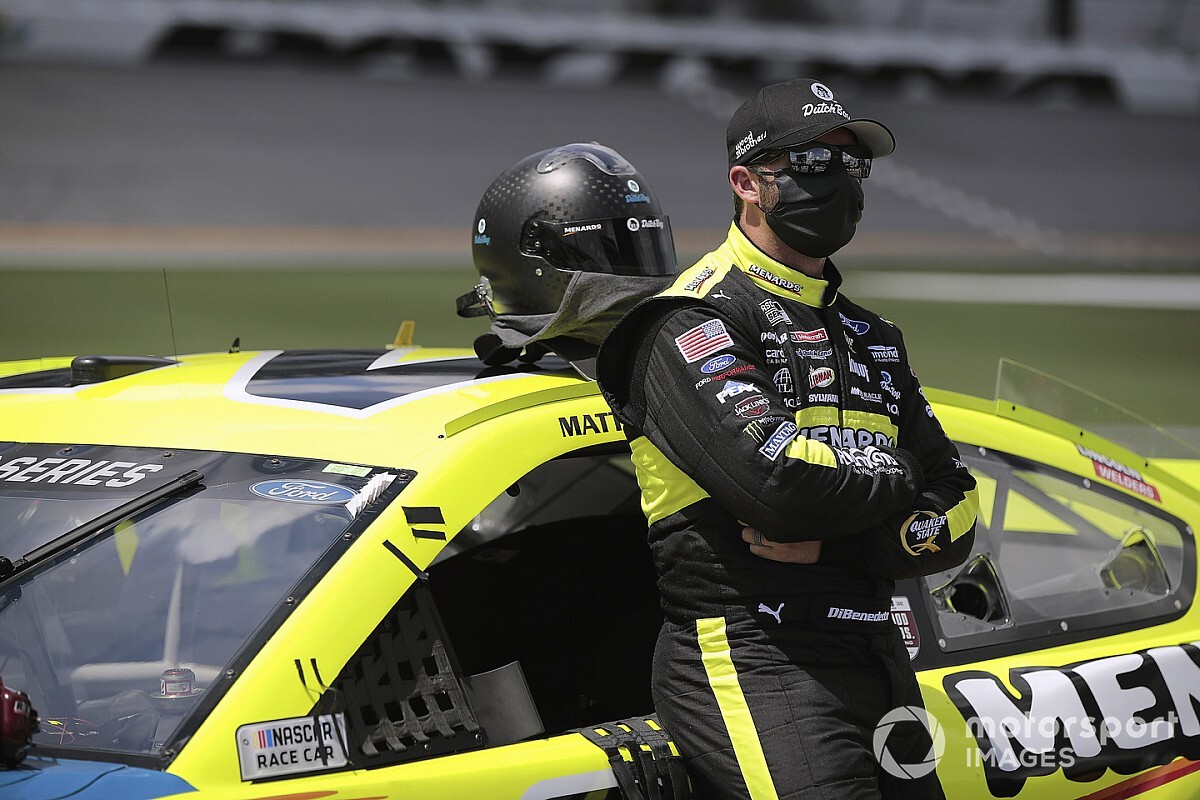 Matt DiBenedetto wasn’t happy with the finish Saturday night at Daytona International Speedway but he was clearly ecstatic over the result.

DiBenedetto barely escaped getting wiped out in a late-race wreck but survived to finish 12th, which was enough to claim the 16th and final spot in the 2020 NASCAR Cup Series playoffs.

With William Byron’s surprise victory locking him into the playoff field, the final spot came down to DiBenedetto and seven-time champion Jimmie Johnson based on points.

Johnson, however, did receive heavy damage to his No. 48 Chevrolet in the final wreck and his Hendrick Motorsports team was able to patch it together enough to allow him to home in 17th despite being in contention for the win much of the night.

Johnson ended up six points behind DiBenedetto for the final playoff position.

“It was too eventful. I’m mentally worn out. I’m going to sleep great tonight, but there was so much going on there at the end,” DiBenedetto said after the race. “This means so much to get this for (the Wood Brothers).

“I’m glad we were able to take it home because I wasn’t happy with the finish, but I came in here saying all that mattered I just wanted to make these playoffs and the finishing position didn’t matter too much.”

Prior to his joining the Wood Brothers this year, DiBenedetto had never finished better than 22nd in the Cup Series standings in five fulltime seasons.

This will be his first appearance in the playoffs as a driver in any of NASCAR’s three national series – Cup, Xfinity or Trucks.

The battle for the final two playoff berths in Saturday night’s regular season finale essentially came down to DiBenedetto, Byron, Johnson and Erik Jones, barring a winner outside the top 16 in points.

Jones got collected in a wreck on Lap 152 of the scheduled 160, leaving the remaining three fighting over two spots.

Both DiBenedetto and Johnson got collected in another multi-car wreck with a couple laps remaining, which sent the race into overtime. DiBenedetto’s No. 21 was good enough to remain on track while Johnson needed extensive repairs.

“This is really special to make it in the playoffs. My career has been one I had to fight, claw, scratch for everything and it makes me so appreciative. I say the little things, but this is a big one making the playoffs for the Wood Brothers,” he said.

“This is very big, really special and I’m glad we’ll be able to get to work and do the best we can the rest of the season and we have a lot of really good tracks and short tracks coming up.”

Johnson "disappointed" to miss playoffs as 'things got ugly'