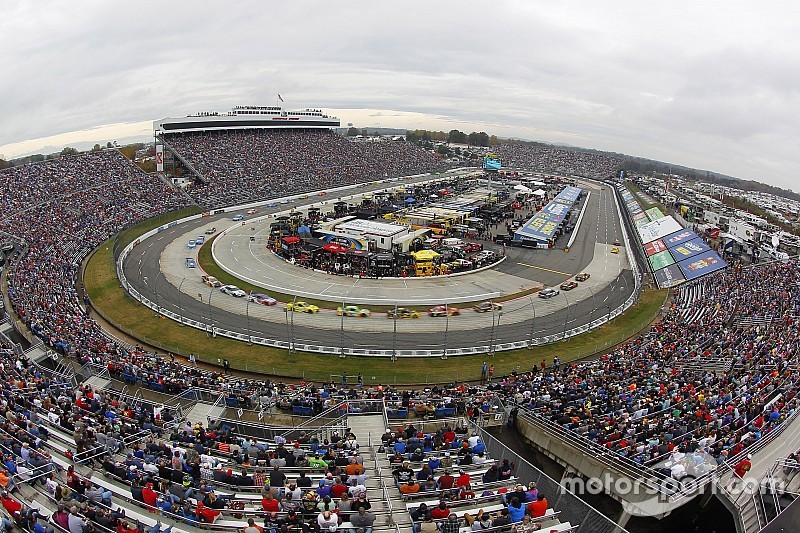 Let there be lights.

NASCAR’s oldest venue, which celebrates its 70th anniversary in 2017, announced the project to illuminate the half-mile paperclip-shaped circuit last October.

Obviously, the racing at Martinsville is exciting in the daytime. You can imagine what it’s going to look like at night.

For track president Clay Campbell, whose grandfather H.Clay Earles founded Martinsville Speedway in 1947, the progress has been exciting to watch.

“They put the last light pole up last week,” Campbell told Motorsport.com. “They’ve got another month to do the wiring and focus all the individual lights. I think each light pole has about 19 or 20 lights on it, so each one has to be individually focused. We’re doing a test this coming Wednesday with all the lights on the backstretch to start focusing those.

“It’s pretty thrilling to see ‘em coming up. They’re pretty well on schedule so it will be ready shortly.”

Martinsville will host the first of two Monster Energy Cup races, the STP 500, on April 2. The first event scheduled under the lights is the ValleyStar Credit Union 300 on Sept. 23 — the highest paying ($25,000 to win) NASCAR Late Model race on the tour. Cup returns on Oct. 29.

Campbell says the project, which along with other capital improvements is estimated to cost between $3-5 million, is an investment in Martinsville Speedway’s future.

Why they're doing it

“As everyone remembers when Jeff Gordon won a couple of years ago — almost in the dark — we can’t take a chance in doing that again,” Campbell said. “This opens up our window of opportunity. If we have a long day, I think fans will know when they buy their ticket they’ll see the full race if we have a hiccup or a rain delay or any instance that causes us to stop for a while.

“That’s the primary reason we’re doing it, but it’s pretty thrilling for us. It looks like a stadium now.”

And could that stadium be up to hosting the NASCAR All Star race should the sanctioning body decide to move the event in the future?

“Well absolutely,” Campbell said. “We’d be interested in that for sure. We’re always interested in doing something different at Martinsville and moving the needle forward. Fans have asked me for years and years, if I do a talk somewhere, that’s the first question I get, ‘When are you putting up lights?’ Well, the answer is now.

“Obviously, the racing at Martinsville is exciting in the daytime. You can imagine what it’s going to look like at night. I think also going forward, without even thinking about a night race, with the later start times of some of our races we’ll be finishing under the lights anyway. So you’ll get the best of both worlds. But it’s pretty neat to see the lights finally go in.”

Hooters to back Chase Elliott in 2017