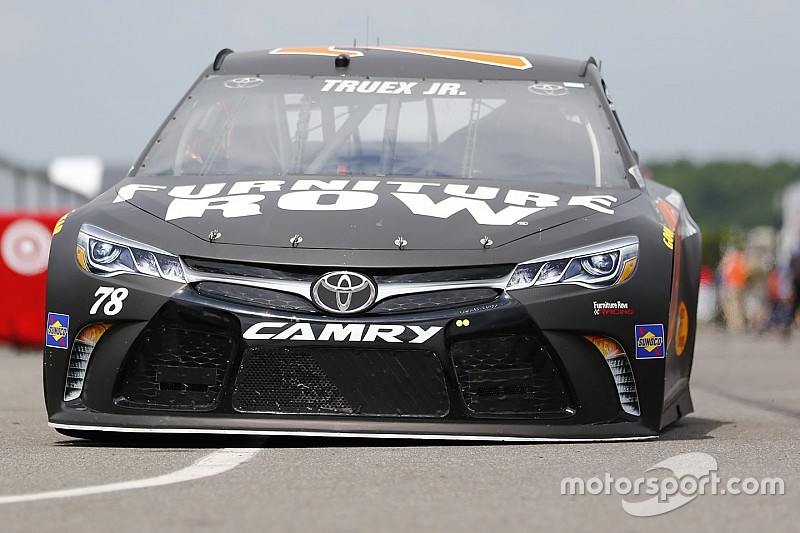 Martin Truex Jr. set the quick pace at Watkins Glen International on Friday with a lap of 126.883mph.

One day after announcing an extension with Furniture Row Racing, Truex showed the decision to stay the course in the No. 78 Toyota was the right move.

"This Denver Mattress Toyota has some good speed in it," Truex said. "All in all, it's going well.”

Truex, who won at Sonoma Raceway in 2013, is still looking for his first win at The Glen where he’s completed every lap in 10 starts and earned three top fives and five top 10s.

The Joe Gibbs Racing trio of Denny Hamlin, Carl Edwards and Kyle Busch jumped atop the speed chart in the closing stages of first practice.

Joey Logano was the early leader in single lap speeds, however, the driver’s lap of 125.469mph held up for sixth-quick.

"We're not going a lot faster like we thought we would,” Logano said of the new pavement on the track.

Ten minutes into the session, the brake line failed on the No. 10 Chevy piloted by Danica Patrick. She had completed five laps with a top speed of 121.240 mph, but as it occurred at the Bus Stop chicane she avoided hitting the wall.

Ten minutes before the end of practice, Clint Bowyer radioed to his crew “brake problems”.

He tweeted following the session, “Accidentally had the wrong brake pads in rear. They're changing them and hopefully we'll have a better 2nd practice.”