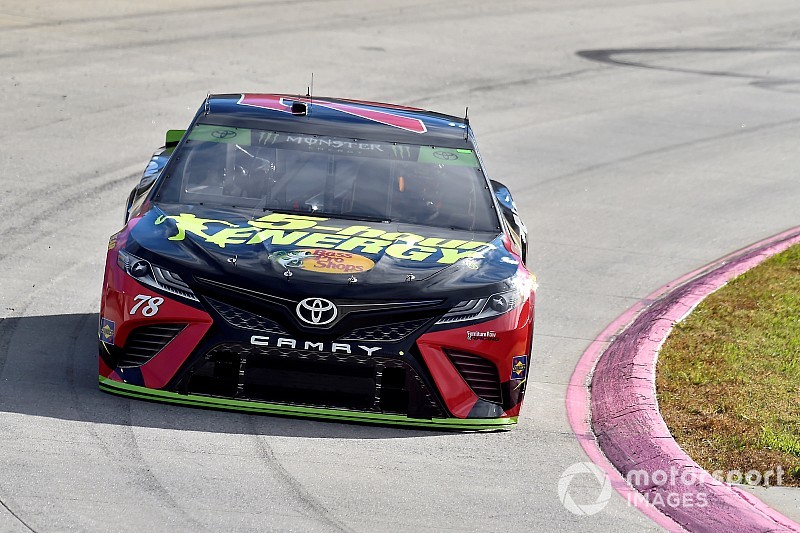 Reigning Monster Energy NASCAR Cup Series champion Martin Truex Jr. is among those who will have to start Sunday’s race at Martinsville from the rear of the field.

All have lost their respective qualifying positions and will start the First Data 500 from the rear of the field.

Truex was originally scheduled to start sixth in his No. 78 Furniture Row Racing Toyota. He is one of eight remaining playoff drivers attempting to secure a spot in the Championship 4 at Homestead, Fla., next month.

Paul Menard will also have to drop to the rear of the field to start Sunday’s race after his Wood Brothers Racing team made an engine change in his No. 21 Ford on Saturday night.

Ragan’s No. 38 Ford and Hill's No. 66 Toyota also failed inspection on their second time through on Sunday, which will also result in the ejection of a crew member for each team.

With this weekend being an enhanced schedule, cars were impounded after Saturday’s qualifying session and inspected Sunday morning. Cars failing one time had their qualifying speed disallowed.

Additional failures result in the ejection of crew members and the loss of points.