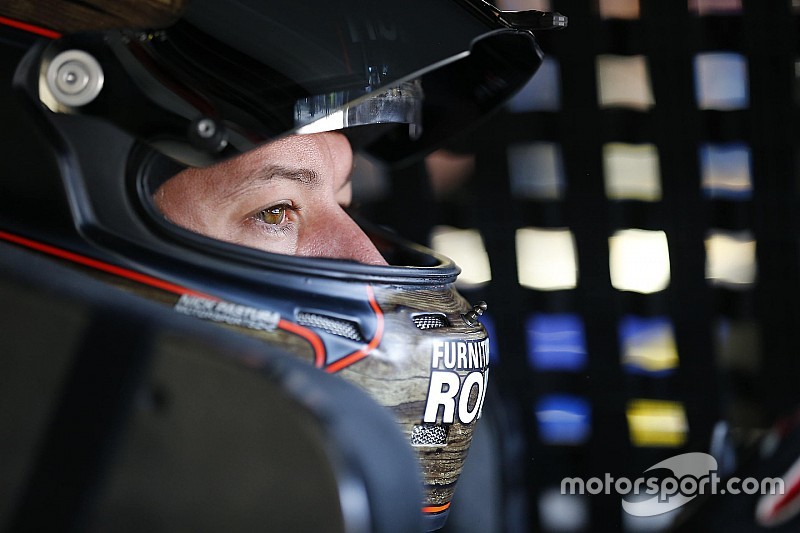 Although Truex has endured a rollercoaster ride of inconsistency with a variety of operations over the last decade, the 36-year-old driver will continue building his career with the Denver-based race team.

Bass Pro Shops has also signed on to support the No. 78 Toyota’s effort for 16 of 38 races for the next two seasons.

“I am pleased that we’re going to continue our momentum from this season," Truex said. "This is where I want to be, driving the No. 78 Furniture Row Racing Toyota. We’ve come a long way in a short period of time. There are many reasons to feel excited and optimistic about the future of our racing program starting with the commitment from our team owner Barney Visser, the support from Toyota, the technical alliance with Joe Gibbs Racing and the Bass Pro Shops sponsorship.

"We definitely have the resources and talent to go after victories and championships. I want to thank Barney and Joe Garone for the confidence that they have placed in me and also want to thank my good friend and hunting/fishing partner Johnny Morris for the continued support from Bass Pro Shops and Tracker Boats.”

Truex won the pole last week in the Pennsylvania 400 and is currently eighth in the Sprint Cup standings. He has enjoyed a resurgence in his NASCAR career since joining Furniture Row Racing in 2014. After a rough transition year, Truex was paired with crew chief Cole Pearn. Together, Truex and FRR went on a record-breaking tear which inevitably led to a win at Pocono, eight top fives, 22 top 10s, 567 laps led and a fourth-place finish in the 2015 standings.

In 2016, Truex has already matched his personal best record for poles (3) which he set in 2009 and exceeded his best average qualifying effort with his current 9.8 starting spot. With the Cole Pearn-led team behind him, Truex has led 1,005 laps — currently tops on the Cup tour. His previous best was 581 in 2007.

The 2004-2005 Busch Series champion moved to the Sprint Cup Series full-time in 2006 with Dale Earnhardt Inc. Truex’s first win came the following season at his home track — Dover Downs — and he qualified for his first Chase. But after DEI’s demise and one inconsistent season (2009) with Ganassi Racing, Truex blossomed with Michael Waltrip Racing.

In 2012, Truex returned to the Chase and tied his previous best finish of 11th in the standings. The following year he won his second career Cup race — at Sonoma Raceway. But MWR began unraveling 10 races later at Richmond when the organization plotted to change the outcome of the race. Truex’s then sponsor NAPA parted way with MWR and the driver was forced to seek employment elsewhere.

The grass is sometimes greener on the other side

Fortunately, Truex landed at Furniture Row Racing in 2014 — and he’s never been happier.

“This group is incredible,” Truex said following his remarkable win in the Coca-Cola 600. “The stuff they've taught me, the stuff that I've been able to learn, I just feel like this is one of those dream teams that if you could stay together for five or six or seven years you could start doing stuff like Jimmie Johnson and Chad Knaus did.

“That's the kind of ‑‑ those are our goals. We want to win championships. We want to win races.  We want to win every single week. I feel like Cole and our guys are the best there is, and if we can keep this thing going, we can do some special things, so hopefully we'll make it happen.”

Team owner Barney Visser has supported the single-car operation and watched it blossomed since it evolved into a full-time squad in 2010. One year later, Regan Smith piloted the No. 78 car to Victory Lane in the 2011 Southern 500.

But after the organization recruited Kurt Busch in the fall of 2012, Furniture Row Racing earned its first Chase berth the following year.

“The signing of Martin Truex Jr. to a new contract and Bass Pro Shops/Tracker Boats adding more races to its primary sponsorship package are signs of strength and confidence for the future of Furniture Row Racing,” said team president Joe Garone. “Martin has proved over and over that he is one of the blue chip drivers in the NASCAR Sprint Cup Series and we are elated that he will continue to drive our No. 78 Toyota."

The addition of Truex -- and FRR's move to Toyota Racing Development this season -- has provided the organization its best opportunity to be a perennial Chase contender for years to come.