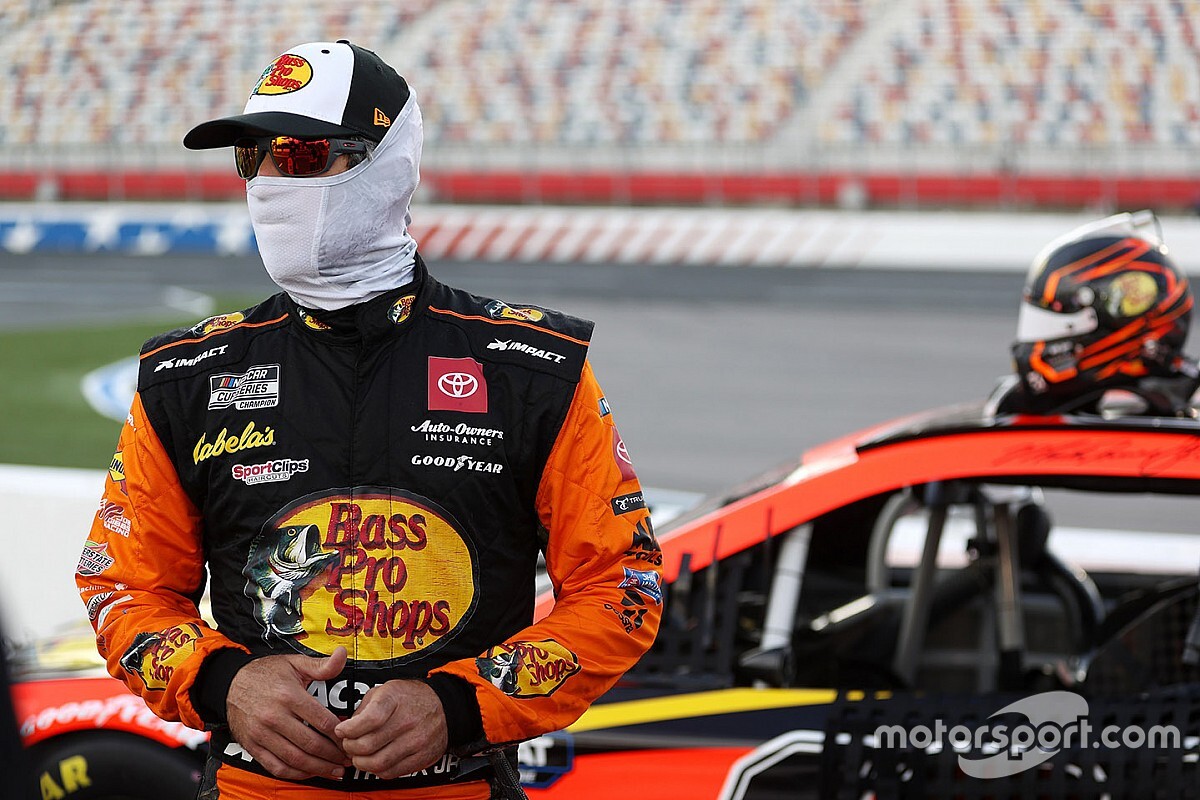 Martin Truex Jr. has amassed an impressive performance run this summer in the NASCAR Cup Series with just one missing ingredient – wins.

Over the last seven races, Truex and his No. 19 Joe Gibbs Racing team has finished no worse than third, including a pair of back-to-back second-place finishes at the doubleheader this past weekend at Dover (Del.) International Speedway.

But he has also come up short in finishing those runs off with a victory. His lone 2020 win came in June at Martinsville, Va.

The recent performance, however, is enough to show Truex will be a contender for the 2020 series title. His lack of victories will leave him at a slight disadvantage in playoff points to the likes of Kevin Harvick, Denny Hamlin and Brad Keselowski, who all have multiple wins.

“Definitely been good to run right out front, be running top 3. That’s where you need to be running to make your way through the playoffs,” Truex said. “Obviously, wish we could have won a few more.

“Our bonus point situation is not the greatest, and that’s something that we’ve really been working hard on trying to get some more here lately. Just seems like we’re always just right there second or third.

“It’s good momentum. It’s good to be consistent. We’ve just got to keep working to find a little bit more.”

Truex’s summer run of good finishes has moved him from seventh to fourth in the series standings, which should provide him a good collection of playoff points for his finish in the regular season title race.

While his total may not come close to Harvick or Hamlin – who together have amassed 13 wins – it’s still important to gain as many as possible.

“I think we’re strong enough as a team, we can overcome (the lack of playoff points). We can definitely make the final four with the way we’re running,” Truex said. “We’ve done it before in 2015 with not having a lot of bonus points.

“But it’s just nice to have that cushion; that comfort that if something bad happens you kind of get a mulligan there. But I think we’ll be fine without it.”

Despite lack of wins, Truex has the pace

Saturday night’s race at Daytona International Speedway is the final race of the regular season – the last race a driver can win their way into the 16-driver field and collect bonus points for the start of the playoffs the following week at Darlington, S.C.

While Truex may not have the victories of some of the other title favorites, he believes his team is performing as well as anyone right now.

“I think the results speak for themselves. For us, I think if they forget about us, that’s fine, because we’re right there. We’re ready to pounce,” he said. “Again, we’re close.

“We obviously haven’t won as many races as I think we should have, but we’re ready, and hopefully the momentum will swing our direction and they’ll forget about us and we’ll go beat them all.”

Watch: How to vinyl wrap a NASCAR Cup stock car