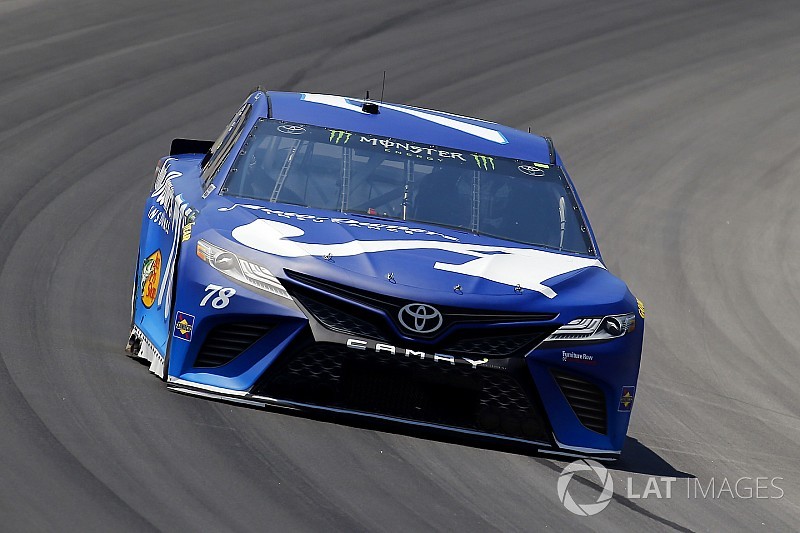 Martin Truex Jr. was dominant in rolling to the Stage 1 victory at Kentucky Speedway.

Truex, who started on the pole, took early command of the race, leading the first 38 laps.

By Lap 14, Larson, who started the race from the rear of the field, had already made his way up to 22nd.

Austin Dillon made a green-flag pit stop on Lap 23 for a vibration. One lap later, Ricky Stenhouse Jr. brought his No. 17 Ford to pit road after he had a tire rub develop on his left-rear tire. He took right-side tires on the stop.

Two laps later, Stenhouse pit again for four new tires. He ended up last in the lineup at 39th and three laps down.

With 50 of 80 laps remaining in Stage 1, Truex maintained a nearly one second lead over Keselowski.

On Lap 39, Truex joined a group of early takers to pit road for a green-flag stop and the rest of the lead-lap cars were quick to follow.

Brad Keselowski was penalized for speeding on pit road while making his stop and was forced to make a pass thru under green. He dropped to 31st in the running order.

Once the cycle of pit stops was completed, Truex returned to the lead on Lap 67 followed by Kyle Busch, Harvick, Blaney and Menard.

With 10 laps remaining in the stage, Truex held a nearly one second lead over Kyle Busch but Busch was closing.

On Lap 73, Harvick moved around Busch to grab the second position.

Larson had to start the race from the rear of the field after he failed to take part in driver introductions.

It was Truex's fourth stage win of the 2018 season.