Ford’s NASCAR boss admits its Cup Series teams have struggled with the Next Gen car but still believes the manufacturer should be in a better position as the playoffs approach.

“Four wins is not enough. It’s not acceptable. We need to get more wins,” said Mark Rushbrook, global director of Ford Performance Motorsports. “We need to have drivers further up the standings and hopefully at least four if not more drivers into the playoffs.

“It’s certainly going to be hard with where we are with only four regular season races left, so it’s been a struggle with the new car, the new package with getting our head around it and how to set it up properly going to the track and optimizing it.”

Logano’s win in the inaugural Cup race at Gateway in early June was the manufacturer’s most recent.

“We’ve seen a lot of success with speed at different tracks where we have understood it, but we still didn’t bring the win home. So, there’s a lot of work to do, but that’s racing,” Rushbrook said.

“We always need to make all elements of the car better, the engine, the aerodynamics, the chassis, the setup, the tire model, our simulator model, and that’s what we’re working on. We have a lot of meetings and advancements with our teams to try and do better every week.”

So far this season, it has been difficult for teams that have experienced success to replicate week-in and week-out.

Even Chevrolet’s Chase Elliott – who leads the series with four wins – had a three-race stint where he didn’t finish better than 21st.

Logano is another example.

He went into the race at Darlington openly questioning whether Penske had the race-winning speed necessary to compete regularly for wins then went out and led 107 of the 293 laps on his way to his first win of the 2022 season. 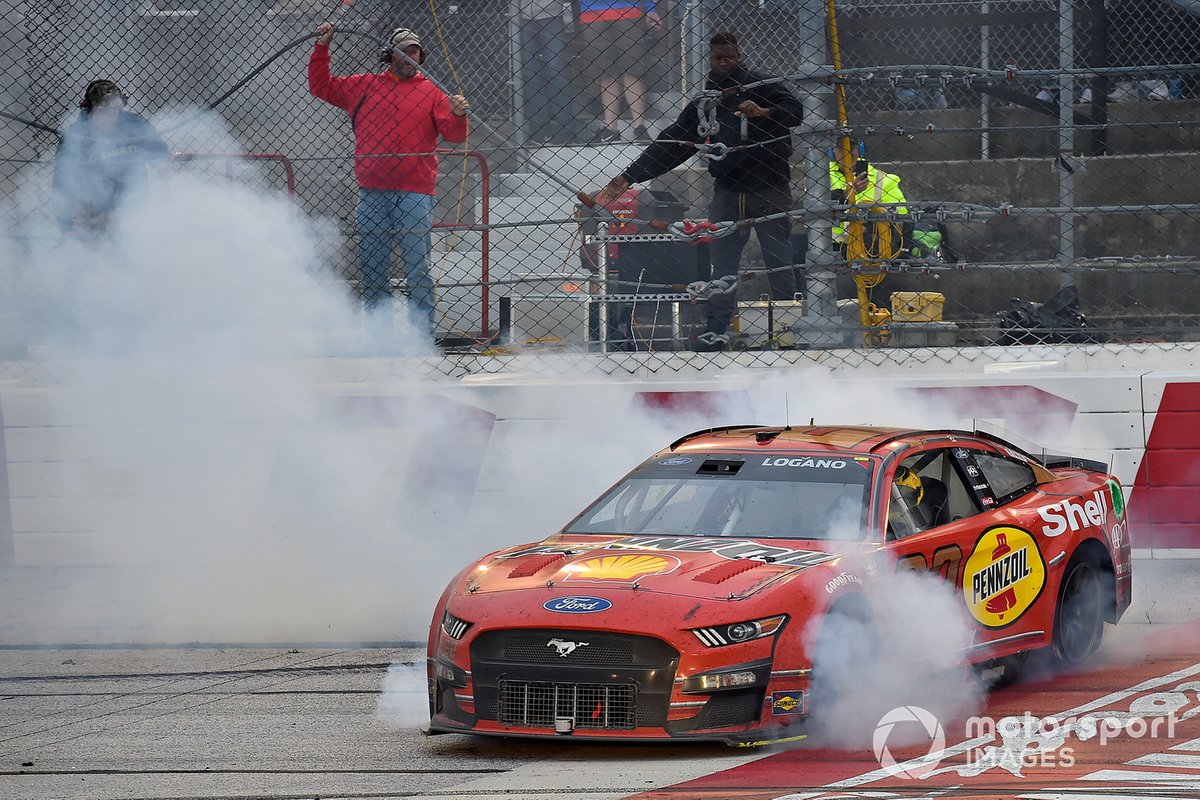 “We’ve had different strengths across different cars at the different tracks. I think that’s part of the struggle is this car is so sensitive that even when one team is taking four cars or two cars to the track with very small differences, you’ll see one near the top of the board and two or three or four down at the other end of the board,” Rushbrook said.

“So, that’s part of it and just understanding how sensitive it is and making sure we can really find the optimum spot for these cars to run.”

With four races remaining in the regular season, Ford has Cindric, Briscoe and Logano locked in the 16-driver playoffs.

Depending on whether there are additional new winners in the last four races, only Ford driver Ryan Blaney (Penske) is high enough in points to also make the field.

That would leave Ford with four of the 16 drivers in the playoffs – not exactly a strong starting point to come away with a series championship.

But the unpredictable nature of the season thus far, means anything is possible before the Sept. 4 playoff opener at Darlington, S.C.

“As a fan, it’s been some of the best racing we’ve ever had. Because of the excitement you don’t know who is going to be at the front as you go to every race weekend, so I think that’s been really, really good,” Rushbrook said.

“I think, again, it’s good for the sport to have different teams, different drivers at the front.”

Kurt Busch remains sidelined, Ty Gibbs back in No. 45 at Michigan