Marcos Ambrose: "We all got here on blood, sweat and tears" 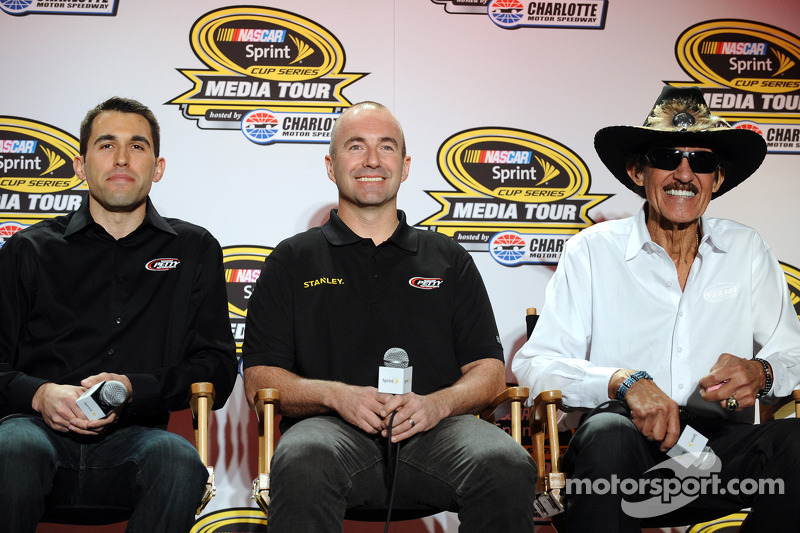 WILL YOUR APPOACH CHANGE TO QUALIFYING CHANGE? “It will change every single week. What you did one week will not have any impact on how you go about the following week’s strategy. Can you imagine all of us out there at Martinsville trying to put a lap down? It’s gonna be chaos, but it’s gonna be fun, too. That’s part of it.” 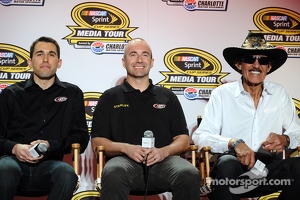 WHAT IS YOUR TAKE ON THE YOUNG GUYS COMING UP? “I really like the fact that there’s a new wave of young guys coming into the sport. I certainly came in during a period of relative quiet. Now you’ve got some great talent. Kyle Larson is a great talent, Dillon is a great talent. Good luck to them. I’m not gonna do them any favors. I’ll give them a tip or two, but I’m just gonna try to beat them.”

HAVE YOU RACED AGAINST DILLON? “I have raced against Austin a little bit, but not a lot. He’s clearly very talented. He’s won the Truck Series and Nationwide Series and he deserves his shot at the top no doubt.”

CAN YOU TALK ABOUT WORK ETHIC? “You’ve got to work hard. Nothing comes to you for free. You can’t just sit on the couch and say I want to be a NASCAR Sprint Cup driver and make it happen. It doesn’t happen on the couch. You’ve got to get off the couch and get to work and work hard. It’s the same for all of us. We all got here on blood, sweat and tears. That’s how I got here anyway.”

DO YOU REMEMBER YOUR FIRST SET OF WHEELS? “My first set of wheels was a go-kart and I did some racing, but I’ve never been a car guy on the street. I’ve always put all my money and effort into my race cars, so I’ve always really had just average, every day street cars and nothing fancy.”

YOU’VE HAD SO MUCH SUCCESS ON ROAD COURSES, HOW IMPORTANT IS THIS NEW CHASE FORMAT FROM THAT STANDPOINT? “It’s certainly going to change the pressure on those two races. There has always been pressure to win at the road course races, but now you’ve got a chance to make the Chase by just winning a race, so, naturally, if I haven’t won by then, those races become even more important and more pressure on them. So we’ll focus on them and we’ll try our very best to win not just one but both road races and we’ve got a good chance to do it.”

DOES THIS MAKE THE PROGNOSIS FOR THE SEASON BRIGHTER? “There’s no doubt that the change in the rules is helping teams like us, teams that have opportunities to win races but haven’t been able to string together a run to make the old Chase format. That’s gonna lock us in if we win a race, and we can really focus on a few races that we think are gonna be our very best chance to win, and if we can do that, then we’re locked in the Chase and it’s been a guaranteed good year.”

HOW CRAZY DOES IT GET THE LAST 10-15 LAPS? “I noticed a big uptick in craziness once we went to that two-by-two restart. That really shook things up as far as intensity at the end of the races. You can be at Pocono and be in the top six and by the time you get past the first corner you can be in the twenties just by being in the wrong lane of getting pushed wide or whatever it may be. It gets really crazy. We know that. It’s part of the sport and the Daytona 500 it’s probably even crazier again because guys are doing whatever they can to win the 500.”

PLUS IF YOU WIN YOU’RE IN THE CHASE. “Yeah, if you win the 500 you’re effectively locked into the Chase, so that’s a pretty cool thing and a lot to race for.

DID YOUR DAD HAVE AN IMPACT ON YOUR RACING CAREER? “I certainly had the help from my family, not just my dad, but the whole family helped us get through it. My father (Ross) had raced growing up and he didn’t throw anything on me. I chose this path on my own, but once I made those choices he fully supported what I was trying to do and he’s been instrumental in my success no doubt. I owe everything to my dad to be here.”

DO YOU LIKE THE CONCEPT OF HAVING A RACE FEATURING ALL DISCIPLINES? “I do. I’ve never been a part of one. They have the Race of Champions, which was cancelled this year, and they used to have the IROC Series here. Back in the 70s they used to have a Formula race for all the Formula drivers at Brands Hatch for a few years, so I’m a big fan of it, but it’s hard to really get everyone to mesh together. All of the championships are off-sequence to each other and some drivers, if you get a dirt champion to come to the Daytona 500, he’s not gonna do as well as if we all raced on dirt around him. So it’s not fair to a lot of guys, but it certainly is a lot of fun to get all of those champions together and have a good time.”

WHAT DISCIPLINES WOULD YOU PICK? “I’d think you do a Sprint Car race, an off-road race, some kind of rally race, an asphalt oval and you’d do some kind of road race with a Formula car. That would be the four I would choose.”

WOULD YOU BE INTERESTED IN PARTICIPATING IN THAT? “Yeah, I’d do that. It would be great.”

WHAT IS YOUR FONDEST MEMORY YOUR DAD HAS OF YOU RACING? “He’s just enjoying the success I’ve had. He gets a real kick out of me doing well. We’ve been though a lot together and even though he’s not here to watch me race in America, he’s certainly watching on TV and he’s by my side. I get a kick out of it all working out. Not often can things work out the way you hope and dream and it certainly has worked out for us.”

HAS HE BEEN HERE TO WATCH YOU RACE? “Yeah, he’s been here quite a few times. He enjoys it.”

WHAT WAS HIS IMPRESSION? “He didn’t understand why I came to America, but once he was here and saw it he certainly got a fresh appreciation of why I fell in love with the sport and why I wanted to come across here and have a go.”

Aric Almirola: "I know the word ‘excited’ is way over-used"