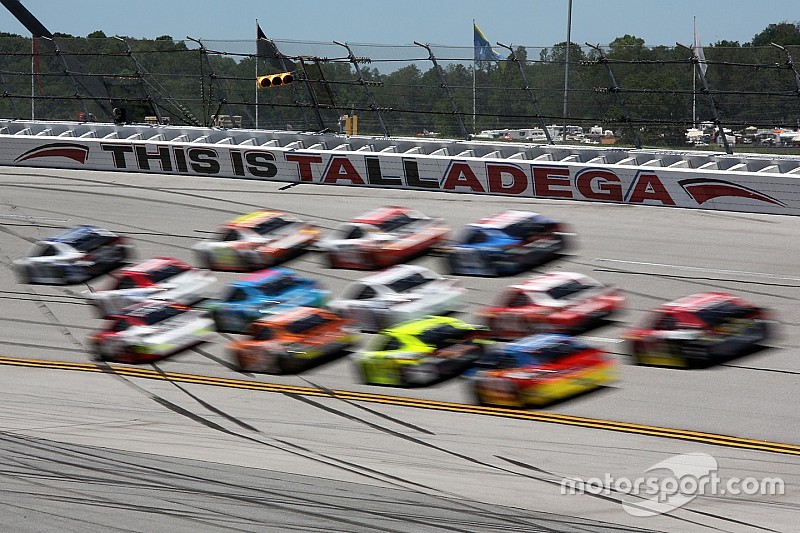 The NASCAR team at Motorsport.com answers fans questions from this week's NASCAR Mailbag.

1. What is the chance that a driver like Matt DiBenedetto or Landon Cassill or Blake Koch could take the 88 car in 2018? - Jordan

Hey Jordan, zero to none. The next driver of the No. 88 Hendrick Motorsports Chevy (if that’s the number the company decides to keep) will be out of the Hendrick camp. While Cassill was once a Hendrick development driver, that ship has sailed. My money is on Alex Bowman right now.

2. Here's a plate-specific question. I like and hate plate racing ... the competition is great, but the danger is just ungodly. Wouldn't it be possible (by changing the splitter to an air dam or adding an inch to the roof height and fender flares) to put enough drag into the car, as long as it were applied to all sides equally, to open up or even eliminate the plate altogether? - Zac

Zac, if the answer was easy, it would have already been implemented. You have to remember a great reason why fans still love racing at Talladega and Daytona is BECAUSE the cars race in packs. For practical and safety reasons, NASCAR can't run unrestricted engines - the speeds would be ridiculous unless you mandated much smaller engines, which in turn would dramatically slow the cars. You could change the track - flattening them for instance - but then you move toward the result we had at New Hampshire in 2000. Restrictor-plates are the best of a list of not-very-good options.

3. Why does Darell​ Waltrip say "Boogity Boogity let's go racing boys" when a female is one of the drivers in the race? Why not say "let's go racing drivers?" - John

Dear John, D.W. began using the phrase prior to Danica Patrick’s arrival in the sport. Waltrip preferred Boogity, boogity, boogity to green, green, green from his spotter when he still raced. The phrase became his trademark when he transitioned into the TV booth. Since Patrick joined the field, Waltrip has altered the command on occasion whether he says, “Let’s go racin’ boys — and Danica,” or “Let’s go racin’ Las Vegas style”. I guess it just depends on his mood and the venue.

4. Should NASCAR think about tweaking the package to help the pack racing when it comes to the leader? I was watching the race yesterday and the middle of pack guys could make moves and get away with it, but the leader had like an air shield where all you needed to do was block and maintain position. - Kevin

Kevin, many "Big Ones" have occurred at superspeedways because of leaders attempting to block to maintain position. It's not nearly as easy as it seems. On Sunday, there were many instances of three-wide racing up front, meaning the leader had to maneuver among them to keep cars from passing for the lead. I think that was entertaining racing and I would suspect most fans did as well. There were 26 lead changes among 14 different drivers in Sunday's race - it appears several drivers had the opportunity to get up front. Whether they could stay there is on them.

5. Is restrictor plate racing past its prime? Is it time for NASCAR to find a better way to slow the cars and allow for some actual passing to take place? As awesome as pack racing used to be, the Gen 6 cars don't put on the show of the early 2000s cars and this style of racing has become quite stagnant. - Kyle

Kyle, Talladega was anything but stagnant. If you didn’t find the Geico 500 thrilling, you need to check your pulse. NASCAR is working on ways to slow down the Xfinity Series cars at Indianapolis in July with the use of restrictor plates and tapered spacers. The sanctioning body tested the new configuration last fall after Kyle Busch led 62 of 63 circuits and lapped 28 drivers in the 40 car field. Compared to Sunday’s race at Talladega, there was very little entertainment value in that.