Lowe's to end sponsorship of Jimmie Johnson after 2018 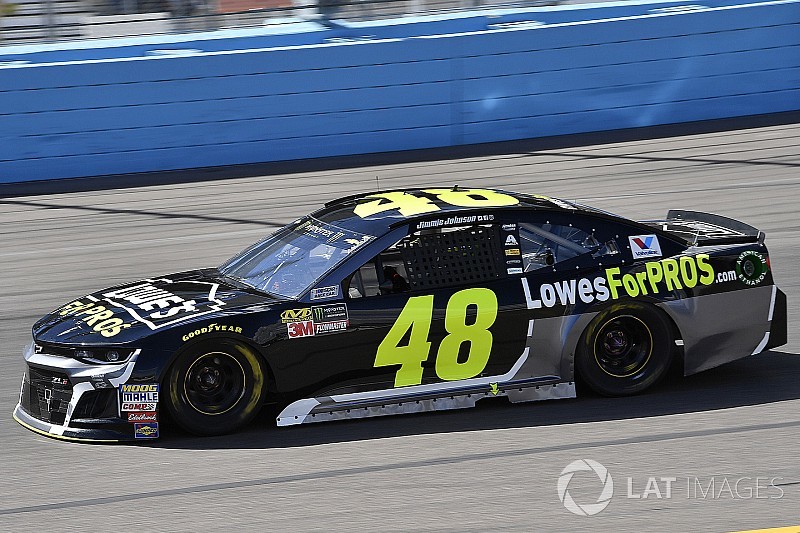 Jimmie Johnson has spent the entirety of his Monster Energy NASCAR Cup Series career with Lowe's Companies Inc., but that relationship will come to an end at the conclusion of the 2018 season.

Johnson's MENCS career, dating back to 2001, has been one of the most successful in NASCAR history with seven championships and 83 wins, and Lowe's has been there since the very beginning.

“Working with Hendrick Motorsports, Jimmie, Chad (Knaus) and the entire No. 48 team has been an incredible journey,” said Michael P. McDermott, Lowe’s chief customer officer. “Rick Hendrick and his organization have been exceptional partners, and we could not have asked for more from Jimmie – a consummate champion and an incredible representative for our brand and his sport.

“The No. 48 team is a valuable property and has been an integral part of building the Lowe’s brand, which makes today’s decision difficult as we now look to invest in other strategic initiatives. Although we are evolving our strategy, there’s no question that being a part of seven championships and many history-making moments has been valuable for Lowe’s.”

Hendrick Motorsports is now seeking a new primary sponsor for the 2019 season.

“We are so appreciative of everyone at Lowe’s. They have been amazing partners,” said Rick Hendrick, owner of Hendrick Motorsports. “With seven championships, this program has delivered far beyond what anyone could have imagined.

“It goes without saying that we will fully support Lowe’s and our program together in 2018 as we pursue another championship. The success of the relationship has been unbelievable.”

Johnson, 42, recently inked a contract extension with Hendrick Motorsports that goes through 2020. The start of the 2018 season has not gone well for the No. 48 though, with Johnson currently 26th in the championship standings and facing a 27-race winless drought.

“I’ll always be grateful to Lowe’s for taking a chance on me and believing that I could win,” Johnson said. “I’m not sure where I’d be right now if they hadn’t committed to the No. 48 team. It’s hard to see them move on, but we’ve made history together and celebrated so much success on and off the track. There’s still a lot left to do in 2018.

“I have more to accomplish in this sport. I feel the best I’ve ever felt physically. I’m motivated. I’m focused on winning races and chasing more championships. Someone (a new sponsor) will be a big part of writing that story with us. I’m not going anywhere.”