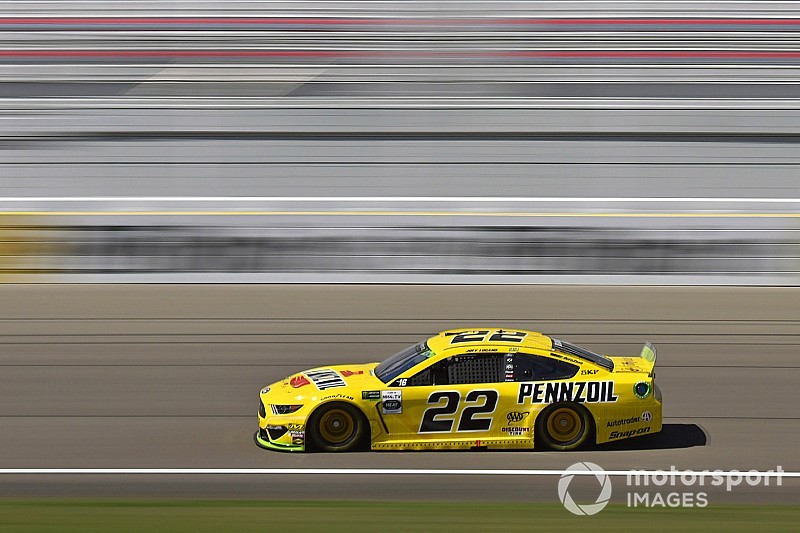 Logano started 22nd but quickly made his way through the field and took the lead for the first time on Lap 33. He expanded his lead after a round of green-flag pit stops.

Clint Bowyer started on the pole, but after making contact on the first lap, Suarez powered into the lead on Lap 2.

On Lap 3, Kyle Busch tagged the wall off Turn 2 and fell back to 29th in the running order.

Busch dropped down to pit road under green on Lap 11 to have his team work on his fender and get four new tires. After the stop, he was running 39th and one lap down.

With 60 laps to go in the first stage, Suarez had built up a 1.2-second lead over Almirola as Bowyer dropped to third.

Almirola got around Suarez with 50 to go to take the lead as Logano moved into second and started working on Almirola for the lead.

Logano went to the inside of Almirola in Turn 3 on Lap 33 and claimed the lead for the first time in the race.

A round of green-flag pit stop got underway around Lap 40 with DiBenedetto the first to pit. Ross Chastain was penalized during his stop for speeding on pit road and had to serve a pass-through penalty.

Once the cycle of stops was complete on Lap 59, Logano retained his lead with Almirola second and Suarez third.

With 10 laps to go in the stage, Logano had moved out to a 6-second lead over Harvick. Almirola ran third, Suarez fourth and Kurt Busch fifth.

Three cars had to start the race from the rear of the field – Reed Sorenson (transmission change) and Matt Tifft and Chris Buescher (unapproved adjustments).