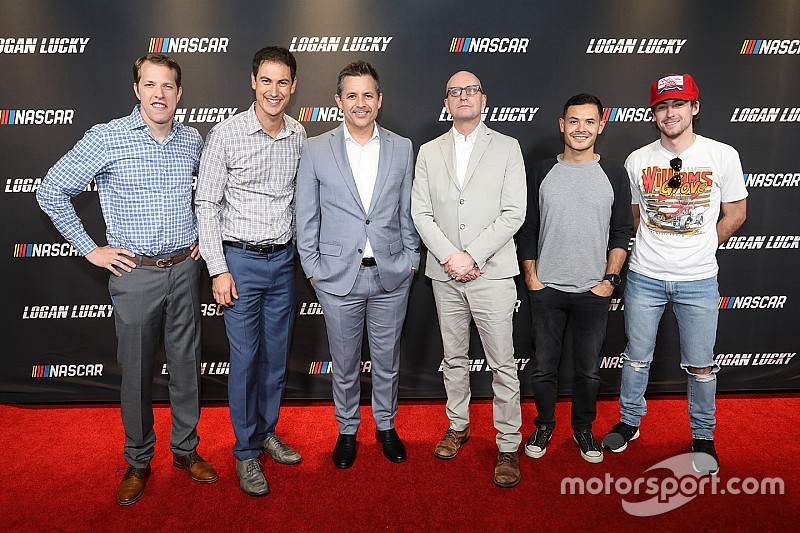 After a three-year directorial sabbatical, Steven Soderbergh has come back wide open with Logan Lucky.

The redneck crime caper features an all-star cast led by Channing Tatum, as Jimmy Logan, who recruits a gang of miscreants to rob Charlotte Motor Speedway during the Coca-Cola 600.

Shot around Charlotte and the Atlanta Motor Speedway, Logan Lucky is Soderbergh's effort to bring a stock car racing twist to his Oceans trilogy — with cameos from NASCAR’s top drivers sprinkled in for good measure.

“I wanted to make it clear from the standpoint of the filmmaking that we wanted to do for the Coca-Cola 600 and NASCAR what we did on the first Oceans movie for the Bellagio,” Soderbergh said prior to the Charlotte premiere on Tuesday night. “We wanted to make it seem like an event you would want to attend, and it was fun and exciting, and I hope we accomplished that. So far, based on the reactions we’ve gotten to the film, everybody’s taken it in the right way, like I did after making the movie, wanting to be a NASCAR follower.

“We came away happy with both the movie and our experience with NASCAR and with CMS, who gave us unfettered access to everything we needed, and I tried to take advantage of it.”

The West Virginia-based Logan family looks to turn its luck around after Tatum’s character is laid off from a construction project at CMS. He recruits an imprisoned explosives specialist, Joe Bang (Daniel Craig) and his brothers, to break into the vault. After a madcap — yet successful — heist, Logan has a change of heart. Or does he?

“Joey and I play security guards that may think they’re cops,” Keselowski said. “We’ve all run into those guys — and I’m more of that bad cop…I think I nailed it. I’m a natural bad cop.”

Was Keselowski’s performance a step up from Sharknado 3, in which he also had a cameo?

“A little bit,” he replied. “I don’t think I get eaten by anything.”

“It was a good way to show a little humility, which is never a bad thing,” Keselowski said. “Even when someone does get spoofed, it’s still kind of an honor. You have to have some notoriety to get spoofed. For good or bad, this sport always prospers when that is the case.”

Kyle Larson’s cameo was as a limo driver sent to pick up a paroled prisoner in a closing scene.

“I’m glad there was music playing during mine,” Larson said of his performance after the viewing. “My scene was very short compared to the others, but that was cool.

“I thought the movie turned out really good. I thought it was funny, a nice comedy with a bit of a twist at the end.”

The twist Larson spoke of is revealed in the final scene and sets the stage for a sequel to the film. Logan Lucky opens in theaters on Aug. 18.

Roundtable - Why have road courses become so popular in NASCAR?