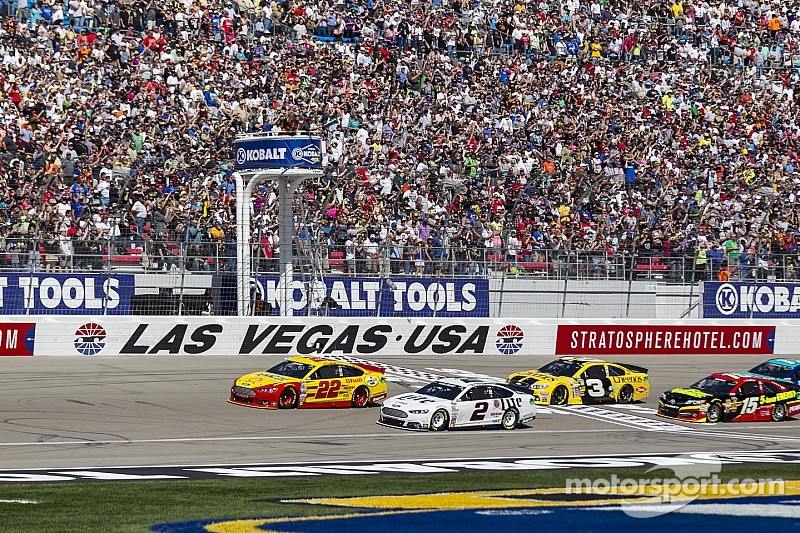 Goodyear kicked off its first test of the season at Las Vegas Motor Speedway on Monday.

The one-day exercise was particularly valuable since NASCAR implemented a testing ban for 2015, despite changes to the aerodynamic package and a reduction of horsepower on the Sprint Cup cars.

Not only did the test allow four drivers - Matt Kenseth, Brad Keselowski, AJAllmendinger and Kurt Busch  the opportunity to provide feedback on the tire selection for the March 8 race, the teams were able to get a feel for the latest modifications to Gen 6 car and a chance to get back in the groove with their teams.

Any track time you get is really important with the new testing rules, banning all off-season testing.

“I think any track time you get is really important with the new testing rules, banning all off-season testing, which I think we all like, but you’ve really got to take advantage of the tests when you get them and try to gather as much information as you can – hopefully useful information that you can use down the road,” Kenseth said in a release from LVMS.

“For us, we didn’t run particularly well last year and we’ve got a new nose on the Camry this year and new rules changes and aero package and all that stuff, so we’re just trying to get it sorted out and try to find a baseline and hopefully find something that drives good so we’ve got something decent when we come back here.”

Keselowski, who is looking to repeat the feat of sweeping both the Kobalt 400 and the Boyd Gaming 300 when he returns to Las Vegas Motor Speedway in March, shared Kenseth’s sentiments. He also looked forward to working with his new tire specialist Brian Sliney, mechanic Brian MacQueen and truck driver Josh Collins that Team Penske added to the No. 2 Miller Ford team in the off-season.

“More so than the changes to the car, the testing ban makes every test you do have that much more critical because you have so much less,” Keselowski said. “In that light, a lot of what testing is isn’t always developing the car, but you’re developing your people, developing your techniques.

“We added two or three more people to our team so we’re trying to develop them and get them up to speed, so it’s really a great time for us as a team to have a test.”

Keselowski’s crew chief Paul Wolfe described the test as “very important” for the team and productive for Goodyear. But Wolfe is still uncertain how the new car will react down the road.

“I feel like Goodyear got what they needed and hopefully we can come back here and have a good race,” Wolfe said. “It’ll take some different style tracks and different style tires because that’s one of the big factors for us in how our car handles.

"There are certain tracks and tire combinations that favor us and that we run really well with and there are others where you could say we’re not as strong. It’s hard to say, just based off this one test, if we feel like we’re where we need to be.”

Since Las Vegas  Motor Speedway has never been one of Allmendinger's better tracks, the driver of the No. 47 JTG-Daugherty Racing Chevy says, "the more laps I can get there the better."

Allmendinger was also grateful to drive the new cars since JTGD did not participate in the Charlotte test in December. But the feel of the car will depend on "what tire Goodyear brings."

When the track slickens up and there's not a lot of grip, that car will be a handful for me.

"We were all on different compounds so that was kind of strange," Allmendinger said. "I tried like a Kansas and a Charlotte tire. It had good grip in it. it was fast. When the track slickens up and there's not a lot of grip, that car will be a handful for me. One of the tires that had a lot less grip, was a handful to hang on to. You could tell the side force was gone when the tire didn't hold the race track.

"Places that get hot and slick like Vegas, Texas, Atlanta, they're going to be hard to drive. It's going to be fun."