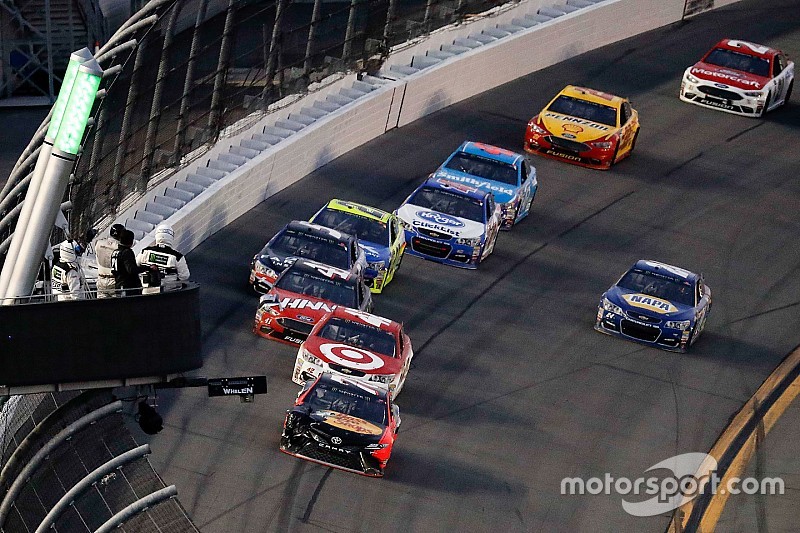 Kyle Larson, Martin Truex Jr. and Chase Elliott all shared a turn at the lead in the final three laps of Sunday’s Daytona 500 and all met the same fate.

None of them ended up finishing in the Top 10.

All shared a common issue as well that left them disappointed – problems with a lack of enough fuel to run all out to the finish.

With three laps remaining, Elliott – who led 39 of 200 laps Sunday – was leading the way but struggling with fuel and was passed by Truex for the lead.

Just when it assumed Truex may emerge as the victor, Larson took over the lead on Lap 199, but after taking the white flag he, too, ran into fuel issues. Busch then moved out front and held on for the victory.

“We sure had a roller coaster Daytona 500. Since our position might have appeared to be bleak early in the race, we kept fighting to the end with a damaged race car that was a handful to drive,” Truex said in a statement released after the race.

“I am disappointed right now, but I guess it could have been better and could have been worse. But when you’re so close as we were last year with a runner-up finish, there’s a stinging feeling. I am sure it will pass and we’ll get ready for next week’s race at Atlanta Motor Speedway.”

Larson said he had tried to save fuel, but with the laps winding down, he saw an opportunity to get to the front and decided to chance he had enough to make it to the finish.

“I knew we would be close on fuel. We got to three to go or so and I knew I had to make my move soon to try and get to the win and was able to pass a couple of cars and Chase ran out of fuel and got a good run on (Truex) and got by him,” Larson said.

“I had my fingers crossed, but just came up half-a-lap short on fuel. Didn’t really think I would have a shot to win this race, at least not for a couple more years. I feel like I’m still a little inexperienced at this stuff.”

After finally coasting to pit road, Elliott left with his father, Bill, without comment.