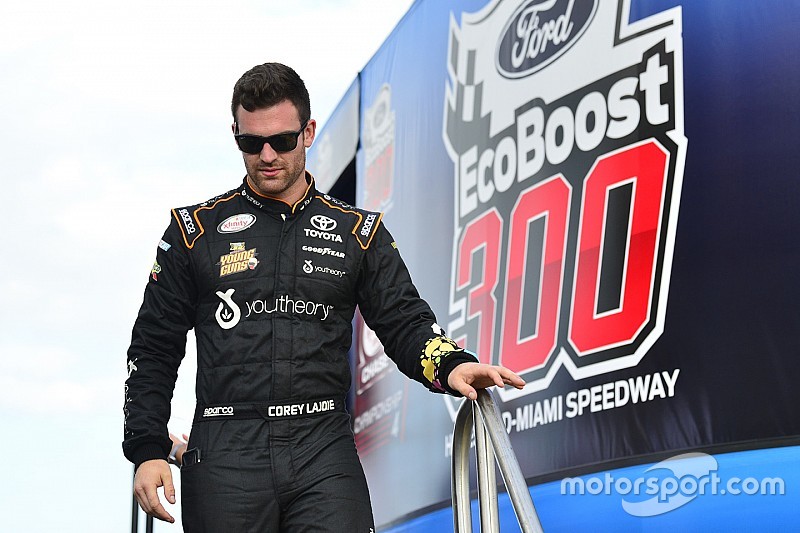 Corey LaJoie has signed on for a partial season with BK Racing in the Monster Energy Cup Series.

LaJoie, 25, will drive No. 83 Toyota for a partial season. A sponsor and crew chief remains to be determined.

The son of two-time Xfinity Series champion Randy LaJoie came up the NASCAR ranks through the K&N Pro Series East, Whelen Modified and Southern Modified tours. LaJoie’s best season in NKNPSE came in 2012 when he won five of 14 races and posted 10 top-five finishes before finishing second in the standings to Kyle Larson.

LaJoie ran a limited schedule in the Camping World Truck and Xfinity Series over the next four seasons. His best results were 10th at Bristol Motor Speedway and sixth at Dover International Speedway while driving the No. 24 Toyota for James Whitener last year.

LaJoie also found success piloting an ARCA car for his father in 2013. The team entered five races that season, won three of the events — Chicagoland, Pocono Raceway and Kentucky Speedway — and finished fourth at Iowa.

LaJoie’s only Cup starts came for Randy Humphrey in the HP Racing Ford in 2014.

Opinion: NASCAR had to do something

Analysis: Why the process behind NASCAR's format change is important