Kyle Larson: Is he ready to make his Cup debut at Charlotte? 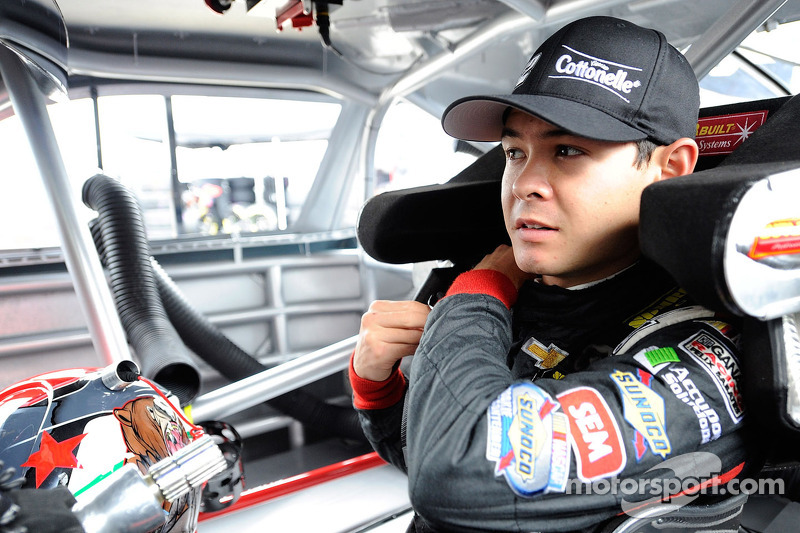 Earnhardt Ganassi Racing has cut a deal with Phoenix Racing for Kyle Larson to make his Sprint Cup debut in the No. 51 Chevrolet at Charlotte.

The new NASCAR Sprint Cup Series driver in the No. 42 Chevrolet next year will get his chance to prove that he is ready to take on the challenge in the premier NASCAR series. Earnhardt Ganassi Racing announced that the young Nationwide driver is ready to test the waters before he takes the seat belonging to Juan Pablo Montoya for the 2014 Cup season.

On August 30th, Chip Ganassi broke the news that Larson will replace the popular Columbian in the No. 42 next year. While many questioned why Montoya was out, they also wondered if Larson was ready; especially when he opened his Nationwide series race with a big bang at Daytona at the start of the 2013 season. 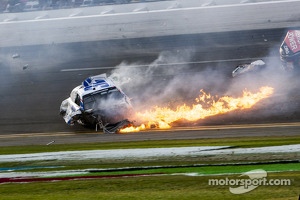 However, Larson has proven he is definitely the comeback kid. At the age of 21, he has amassed 864 points with 8 top five finishes thus far in the Nationwide series with Turner Scott Motorsports. Heading into this weekend’s race in Kansas, Larson sits in ninth place in the standings.

Larson said, “I am very excited to get behind the wheel of a Cup car in Charlotte this month – especially getting to race with the Target bullseye on the car. I have a lot of work to do to prepare for the 2014 season and I cannot wait to get started.”

Charlotte will not be Larson’s only Cup race as he will drive the No. 51 Target car at Martinsville. It would seem that Ganassi choose the two tracks due to one being a Superspeedway and the other, of course, a short track.

“We are happy to have an opportunity to get Kyle in a couple of Cup races this year. Those races along with an aggressive testing schedule will be invaluable in his preparation for the 2014 season,” said Ganassi.

While many will continue to question why Montoya is out and the new young-gun is moving up to the Cup series so soon, life does more forward and in the end time will tell if he was ready for the big step.

Perhaps before the end of the season at Homestead-Miami, Larson may yet get the elusive Nationwide series victory.