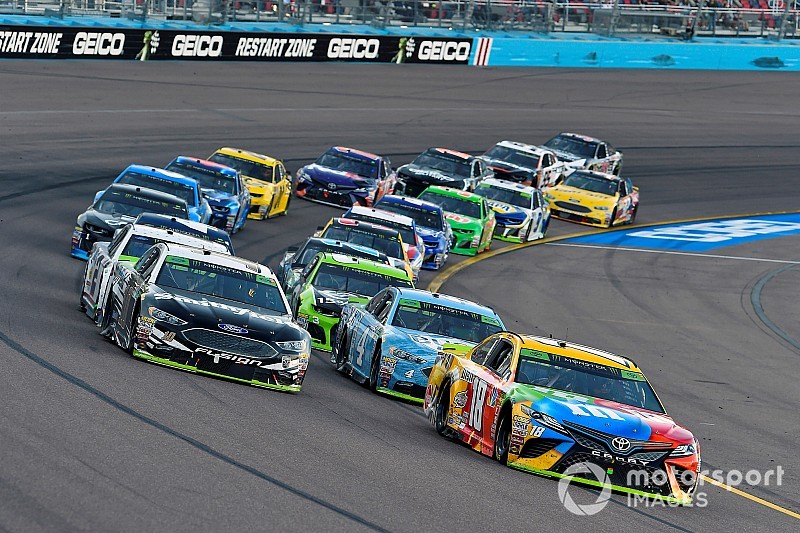 Kyle Busch says non-contenders for the NASCAR Monster Energy Cup Series should give the ‘Final Four’ who can win the title “that extra quarter-inch” of racing room this weekend.

Speaking on the media day ahead of the championship decider, Busch said he expects those outside of the title contenders to race for the win at Homestead-Miami Speedway, but would like some extra margin when it comes to wheel-to-wheel battles.

“As far as other [non-Final Four] drivers go, you don’t necessarily expect them to race any differently,” said Busch. “They have their own race, their own season and sponsors and everything. They are trying to finish out strong for their own reasons.

“Many of them are vying for a job next year, maybe closing out their deal like Martin [Truex] with his team, whatever, so you don’t expect them to roll over for you.

“But I would say you just expect to be given that extra quarter-inch. You don’t need an inch, or a foot, just a little bit being one of the Championship Four guys. But overall you’ve got to go out and race hard.”

Busch also said he doesn’t expect NASCAR to treat its drivers any differently from a regular race this weekend.

“NASCAR does this every single week, so there’s no reason to change what they do right now,” he said. “They know when to call cautions when they need to be called, so the fact of the matter is sometimes you have less experienced drivers, such as last week, trying to make a name for themselves and they cause havoc and chaos!

“That’s the reality, that’s the excitement that comes along within the sport – it gives unknowns to being able to finish the race. I think it’s NASCAR’s line, right? You just gotta let it all play out.”