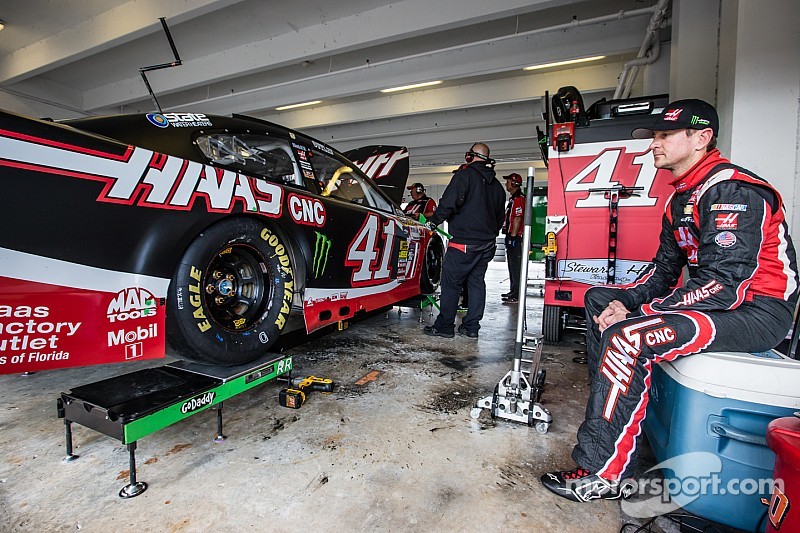 Delaware Department of Justice believes burden of proof does not exist to bring criminal charges against NASCAR champion.

Kurt Busch is off the hook and ready to race.

He will not be charged criminally following accusations of domestic abuse from his former girlfriend Patricia Driscoll.

"The Delaware Department of Justice has carefully reviewed the complaint made of an alleged act of domestic violence involving Kurt Busch in Dover on September 26, 2014, which was reported to the Dover Police Department on November 5, 2014 and investigated. After a thorough consideration of all of the available information about the case, it is determined that the admissible evidence and available witnesses would likely be insufficient to meet the burden of establishing beyond a reasonable doubt that Mr. Busch committed a crime during the September 26th incident. Likelihood of meeting that high burden of proof is the standard for prosecutors in bringing a case. For this reason, the Department of Justice will not pursue criminal charges in this case."

As I have said from the beginning, I did not commit domestic abuse.  I look forward to being back in racing as soon as possible and moving on with my life.

"I am grateful that the prosecutors in Delaware listened, carefully considered the evidence, and after a thorough investigation decided to not file criminal charges against me," Busch said. "I wish to thank my family, friends, fans, and race team who stood by me throughout this nightmare with their unwavering support.

"Thanks also goes to my legal team for making sure that the truth got out and was fully provided to the prosecutors.  As I have said from the beginning, I did not commit domestic abuse.  I look forward to being back in racing as soon as possible and moving on with my life."

The decision, however, came too late for Busch. The 2004 NASCAR champion was indefinitely suspended by the sanctioning body on Feb. 20 following the issuance of a protective order based on the opinion of David W. Jones, Commissioner of the Family Court of the State of Delaware. Jones, an appointed official, felt the evidence presented at trial showed “that it is more likely than not” that Busch “committed an act of abuse” against Driscoll “by manually strangling (her) with his left hand on her throat, while placing his right hand against her chin and face, causing her head to forcefully strike the interior wall” of Busch’s motor coach on Sept. 26, at Dover.

Busch appealed the decision the following day in hopes of being reinstated in time to race in the Daytona 500. However, the National Motorsport Appeals Panel denied Busch’s request as did Finals Appeals Officer Bryan Moss. Not only has Busch’s NASCAR activities been stalled, so has any opportunity the driver might have had to expedite a deal to compete again in the 2015 Indianapolis 500.

After Busch met with the sanctioning body last Friday, terms were agreed to for the driver to enroll in NASCAR’s Road to Recovery program. Initially, the process was to begin this Saturday.

NASCAR had yet to release a statement at the time of this report.

The 36-year-old Las Vegas native had started his second season driving the No. 41 Haas Chevrolet for Stewart-Haas Racing. He had built a solid relationship with his team and crew chief Tony Gibson in the off-season anticipating a championship run for 2015, but then missed the first two events following his suspension.

Regan Smith, who filled in for Busch at Daytona and Atlanta, is scheduled to drive the car this weekend at Las Vegas Motor Speedway. It would mark the first time in his Cup career that Busch has missed at start at his hometown track.

Johnson goes for jackpot in Vegas