Kurt Busch fends off Logano for Stage 1 win at Kentucky 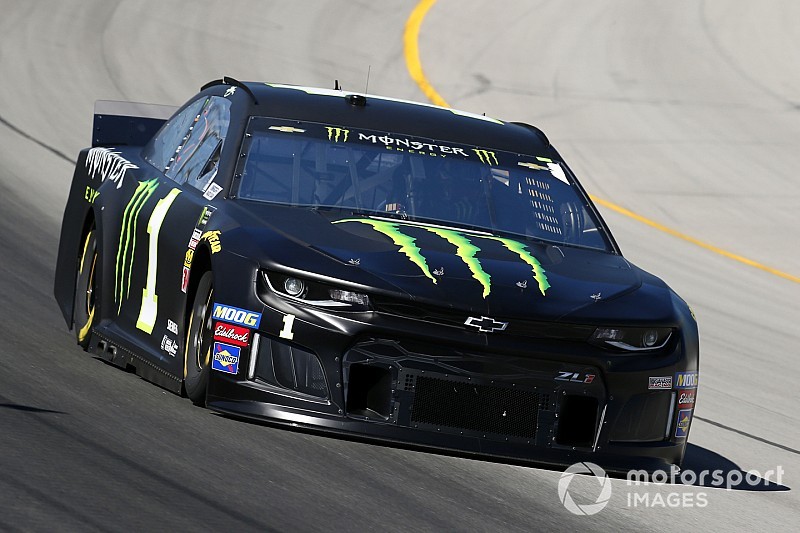 The two battled side-by-side for more than a lap after a restart with 12 of 80 laps left in the stage before Kurt Busch was able to claim his first stage victory of the 2019 season.

Kyle Busch finished third, Denny Hamlin was fourth and Aric Almirola completed the top-five.
Daniel Suarez started on the pole and after 10 laps he continued to lead the way followed by his Stewart-Haas Racing teammates Almirola and Kevin Harvick.

Brad Keselowski reported a vibration early in the race and said something was “audibly off” in his No. 2 Ford.

By Lap 17, Almirola had closed to the rear bumper of Suarez and began mounting a challenge for the lead.

After 25 laps, Suarez maintained a small advantage over Almirola. Harvick was third, Kurt Busch was fourth and Keselowski ran fifth.

With 40 laps remaining in the first stage, Suarez continued to hold Almirola at bay as Harvick began closing on the top two to join the battle for the lead.

On Lap 41, Clint Bowyer elected to make a green flag pit stop early to get fresh tires. Blaney followed Bowyer down pit road on Lap 44 but for most part the lead-lap cars elected to wait.

On Lap 47, a caution was displayed for debris on the track after Chase Elliott had a right-front tire go flat and he made contact with the wall.

The remainder of the lead-lap cars elected to pit under the caution and Keselowski was the first off pit road with a fuel-only stop. On the restart on Lap 53, Keselowski was followed by Kurt Busch, Almirola and Harvick. Suarez took four new tires and lined up 14th.

Kurt Busch got around Keselowski exiting Turn 4 on the restart to take the lead for the first time in the race.

Corey LaJoie spun off Turn 4 on Lap 55 to bring out another caution. Kyle Busch had moved into second just before the caution.

The race returned to green on Lap 60 with Kurt Busch out front, followed by Kyle Busch and Keselowski.

Landon Cassill and Bailey Currey made contact and spun in Turn 2 to bring out a caution on Lap 64. Logano had made his way into second just before the caution.

A handful of lead-lap cars elected to pit but Kurt Busch remained the leader when the race returned to green on Lap 68.

Logano and Kurt Busch battled side-by-side for over a lap after the restart before Kurt Busch finally cleared him to remain in the lead.

With five laps remaining in the stage, Kurt Busch maintained a small but stead lead over Logano with Kyle Busch having moved up to third.

Ryan Newman and Quin Houff both had to start the race from the rear of the field after both of their cars failed pre-race inspection on Saturday.