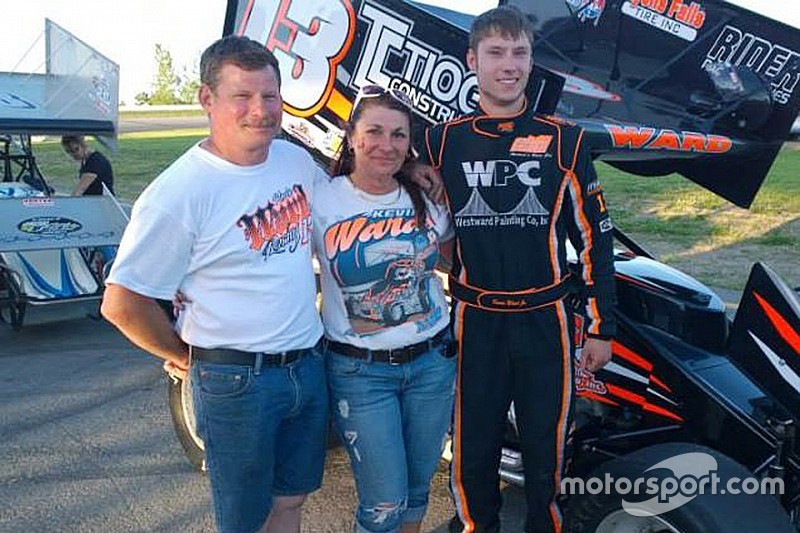 The parents of sprint car driver Kevin Ward Jr. spoke out publicly for the first time on Friday in an interview on ABC’s “Good Morning America,” a week after the family filed a wrongful death lawsuit against NASCAR star Tony Stewart.

A sprint car driven by Stewart struck and killed Ward on August 9 of last year at a dirt track in Canandaigua, N.Y., as Ward was walking on the track while the race was under caution. A New York grand jury declined to indict Stewart on any charges related to the incident.

Ward’s family, however, filed a civil suit against Stewart last Friday in the Fifth Judicial District for the Supreme Court of New York in Lowville, N.Y.

“I don’t feel Tony meant to kill my son but his actions killed my son,” Ward’s mother, Pamela, told ABC News’ Paula Faris. “I think he lost his temper.

“I wish (Kevin) wouldn’t have gotten out of the car, more than anybody, but I also acknowledge the fact that if Tony would have stayed low on the track and not have gunned his engine and headed for my son, my son would still be here.”

Asked by Faris why she and her husband elected to file the lawsuit, Pamela Ward said, “We want him held accountable and we feel this is the only action we have left.”

The suit says Stewart also caused Ward to experience extreme terror, pain and suffering. A jury trial has been requested.

During the announcement of the grand jury’s decision not to indict Stewart last September, Ontario County (N.Y.) District Attorney Michael Tantillo referred to Ward’s toxicology reports that he said showed Ward was under the influence of marijuana at the time of the accident. Tantillo said at the time the level was high enough to “impair judgement.”

However, in ABC’s report on Friday, it referred to toxicology reports that indicated Ward had “trace amounts” of marijuana in his system.

The discrepancy was not addressed. ABC’s report, however, also mentioned the collection of “new evidence” that would be introduced in the lawsuit.

Asked if he felt Stewart killed Ward and “got away with it,” Kevin Ward Sr. said, “Yes, I do. Tony races every weekend. I know my son will never get to race again.”

Can Ford compete against the other factory teams?

Crafton stepping in for Almirola during practice